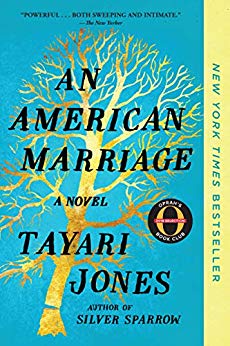 Earlier this year, 16 books were longlisted for the 2019 Women’s Prize for Fiction. In April, the list was shortened to six finalists, and the winner was announced earlier this month.

On June 5th, the judging committee formally announced Tayari Jones’ An American Marriage as this year’s winner. Along with this amazing award, Ms. Jones will receive a £30,000 award ($41,718.90 US). 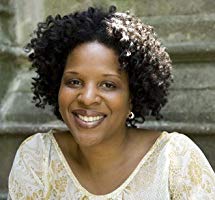 This award is given to a novel that embraces the “excellence, originality and accessibility in writing by women in English from throughout the world.”

Not long ago, I wrote a post listing the other nominees – read about them here.

Tayari Jones is the author of the novels Leaving Atlanta, The Untelling, Silver Sparrow, and An American Marriage (Algonquin Books, February 2018). Her writing has appeared in Tin House, The Believer, The New York Times, and Callaloo. A member of the Fellowship of Southern Writers, she has also been a recipient of the Hurston/Wright Legacy Award, Lifetime Achievement Award in Fine Arts from the Congressional Black Caucus Foundation, United States Artist Fellowship, NEA Fellowship and Radcliffe Institute Bunting Fellowship. Silver Sparrow was named a #1 Indie Next Pick by booksellers in 2011, and the NEA added it to its Big Read Library of classics in 2016. Jones is a graduate of Spelman College, University of Iowa, and Arizona State University. An Associate Professor in the MFA program at Rutgers-Newark University, she is spending the 2017-18 academic year as the Shearing Fellow for Distinguished Writers at the Beverly Rogers, Carol C. Harter Black Mountain Institute at the University of Nevada, Las Vegas.

About An American Marriage:

(From the Back Cover Copy)

Newlyweds Celestial and Roy are the embodiment of both the American Dream and the New South. He is a young executive, and she is an artist on the brink of an exciting career. But as they settle into the routine of their life together, they are ripped apart by circumstances neither could have imagined. Roy is arrested and sentenced to twelve years for a crime Celestial knows he didn’t commit. Though fiercely independent, Celestial finds herself bereft and unmoored, taking comfort in Andre, her childhood friend, and best man at their wedding. As Roy’s time in prison passes, she is unable to hold on to the love that has been her center. After five years, Roy’s conviction is suddenly overturned, and he returns to Atlanta ready to resume their life together.

This stirring love story is a profoundly insightful look into the hearts and minds of three people who are at once bound and separated by forces beyond their control. An American Marriage is a masterpiece of storytelling, an intimate look deep into the souls of people who must reckon with the past while moving forward—with hope and pain—into the future.

Purchase it from Amazon here.