New Release: Things You Save In A Fire by Katherine Center

Book Marks New Release: Things You Save In A Fire by Katherine Center 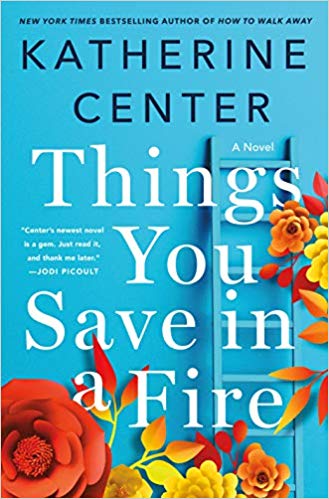 Things You Save In A Fire is getting a lot of buzz, for good reasons.  Katherine Center is the author of How To Walk Away, and she has now released a new book (on August 13th) about courage, hope, and learning to love against all odds.

It’s an Indie Next Pick for August, an August 2019 Libraryreads Selection, a book of the month pick for July, and an Amazon Editor’s Pick for August!

“Center gives readers a sharp and witty exploration of love and forgiveness that is at once insightful, entertaining, and thoroughly addictive.”
― KIRKUS, STARRED REVIEW

“An appealing heroine, a compelling love story, a tearjerking twist, and a thoroughly absorbing story. Another winner from Center.”
― BOOKLIST, STARRED REVIEW

“A spirited, independent heroine meets a smoking-hot fireman in Center’s smart romance… If you enjoyed ‘The Kiss Quotient,’ by Helen Hoang, read Things You Save in a Fire”’
– THE WASHINGTON POST

Get your copy here.

Back Cover Copy of Things You Save In A Fire:

Cassie Hanwell was born for emergencies. As one of the only female firefighters in her Texas firehouse, she’s seen her fair share of them, and she’s a total pro at other people’s tragedies. But when her estranged and ailing mother asks her to give up her whole life and move to Boston, Cassie suddenly has an emergency of her own.

The tough, old-school Boston firehouse is as different from Cassie’s old job as it could possibly be. Hazing, a lack of funding, and poor facilities mean that the firemen aren’t exactly thrilled to have a “lady” on the crew―even one as competent and smart as Cassie. Except for the infatuation-inspiring rookie, who doesn’t seem to mind having Cassie around. But she can’t think about that. Because love is girly, and it’s not her thing. And don’t forget the advice her old captain gave her: Never date firefighters. Cassie can feel her resolve slipping…and it means risking it all―the only job she’s ever loved, and the hero she’s worked like hell to become.

Katherine Center’s Things You Save in a Fire is a heartfelt and healing tour-de-force about the strength of vulnerability, the nourishing magic of forgiveness, and the life-changing power of defining courage, at last, for yourself. 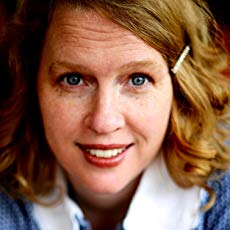 Katherine Center is the New York Times bestselling author of How to Walk Away and the upcoming Things You Save in a Fire (August 2019), as well as five other bittersweet comic novels. She writes about how we fall down–and how we get back up. Six Foot Pictures is currently adapting her fourth novel, The Lost Husband, into a feature film starring Josh Duhamel and Leslie Bibb. Katherine has been compared to both Nora Ephron and Jane Austen, and the Dallas Morning News calls her stories, “satisfying in the most soul-nourishing way.” Katherine recently gave a TEDx talk on how stories teach us empathy, and her work has appeared in USA Today, InStyle, Redbook, People, Vanity Fair, The Atlantic, Real Simple, Southern Living, and InTouch, among others. Katherine lives in her hometown of Houston, Texas, with her fun husband, two sweet kids, and fluffy-but-fierce dog.