Current Events: This Land Is Our Land: An Immigrant’s Manifesto by Suketu Mehta

Book News Current Events: This Land Is Our Land: An Immigrant's Manifesto by Suketu Mehta 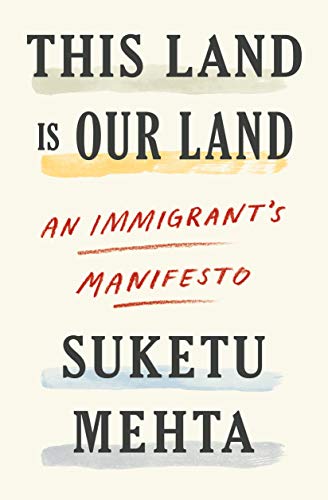 While more and more hate crimes are being reported, this book serves as a timely argument for why the United States and the West would benefit from accepting more immigrants.  A thought-provoking read on an important current issue.

Back Cover Copy of This Land Is Our Land:

There are few subjects in American life that prompt more discussion and controversy than immigration. But do we really understand it? In This Land Is Our Land, the renowned author Suketu Mehta attacks the issue head-on. Drawing on his own experience as an Indian-born teenager growing up in New York City and on years of reporting around the world, Mehta subjects the worldwide anti-immigrant backlash to withering scrutiny. As he explains, the West is being destroyed not by immigrants but by the fear of immigrants. Mehta juxtaposes the phony narratives of populist ideologues with the ordinary heroism of laborers, nannies, and others, from Dubai to Queens, and explains why more people are on the move today than ever before. As civil strife and climate change reshape large parts of the planet, it is little surprise that borders have become so porous. But Mehta also stresses the destructive legacies of colonialism and global inequality on large swaths of the world: When today’s immigrants are asked, “Why are you here?” they can justly respond, “We are here because you were there.” And now that they are here, as Mehta demonstrates, immigrants bring great benefits, enabling countries and communities to flourish. Impassioned, rigorous, and richly stocked with memorable stories and characters, This Land Is Our Land is a timely and necessary intervention, and a literary polemic of the highest order. 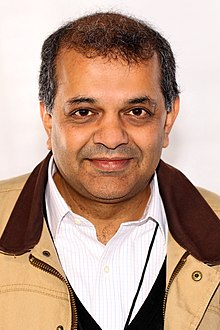 Suketu Mehtais the author of Maximum City: Bombay Lost and Found, which was a finalist for the Pulitzer Prize, and won the Kiriyama Prize and the Hutch Crossword Award. His work has been published in The New Yorker, The New York Times Magazine, National Geographic, Granta, Harper’s, Time, and GQ. He has won a Guggenheim Fellowship, the Whiting Writers’ Award, and an O. Henry Prize. He was born in Calcutta and lives in New York City, where he is an associate professor of journalism at New York University.