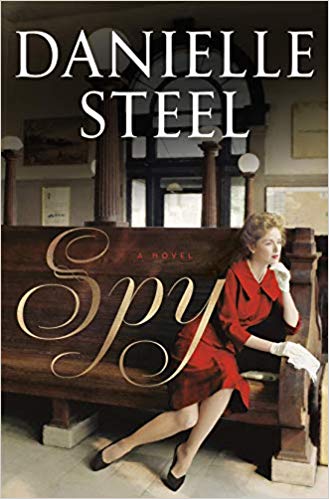 Released on November 26, 2019, Danielle Steel’s thrilling new novel Spy is the story of a young woman caught up in a dangerous double life on behalf of her country during World War II.

Back Cover Copy of Spy:

At eighteen, Alexandra Wickham is presented to King George V and Queen Mary in an exquisite white lace and satin dress her mother has ordered from Paris. With her delicate blond looks, she is a stunning beauty who seems destined for a privileged life. But fate, a world war, and her own quietly rebellious personality lead her down a different path.

By 1939, Europe is on fire and England is at war. From her home in idyllic Hampshire, Alex makes her way to London as a volunteer in the First Aid Nursing Yeomanry. But she has skills that draw the attention of another branch of the service. Fluent in French and German, she would make the perfect secret agent.

Within a year, Alex is shocking her family in trousers and bright red lipstick. They must never know about the work she does—no one can know, not even the pilot she falls in love with. While her country and those dearest to her pay the terrible price of war, Alex learns the art of espionage, leading to life-and-death missions behind enemy lines and a long career as a spy in exotic places and historic times.

Spy follows Alex’s extraordinary adventures in World War II and afterward in India, Pakistan, Morocco, Hong Kong, Moscow, and Washington, D.C., when her husband, Richard, enters the foreign service and both become witnesses to a rapidly changing world from post-war to Cold War. She lives life on the edge, with a secret she must always keep hidden. 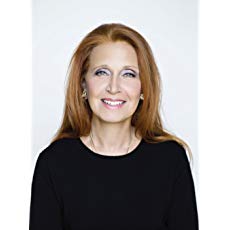 Danielle Steel has been hailed as one of the world’s most popular authors, with over 650 million copies of her novels sold. Her many international bestsellers include Dangerous Games, The Mistress, The Award, Rushing Waters, Magic, The Apartment, Property of a Noblewoman, and other highly acclaimed novels. She is also the author of His Bright Light, the story of her son Nick Traina’s life and death; A Gift of Hope, a memoir of her work with the homeless; Pure Joy, about the dogs she and her family have loved; and the children’s books Pretty Minnie in Paris and Pretty Minnie in Hollywood.