Most Talked About: Ghost Soldiers by Hampton Sides

Book News Most Talked About: Ghost Soldiers by Hampton Sides 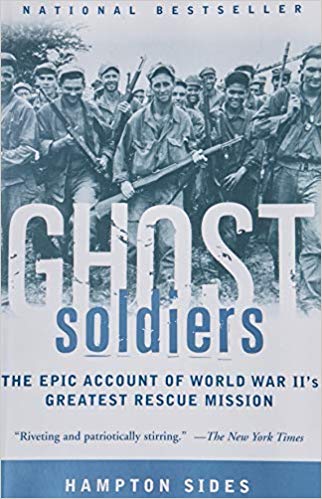 With a 4.8 stars on Amazon, Ghost Soldiers is a #1 best seller in World War II biographies.

An enthralling account of the heroic mission to rescue the last survivors of the Bataan Death March, this book may be the greatest World War II story never told.

Back Cover Copy of Ghost Soldiers:

On January 28, 1945, 121 hand-selected U.S. troops slipped behind enemy lines in the Philippines. Their mission: March thirty rugged miles to rescue 513 POWs languishing in a hellish camp, among them the last survivors of the infamous Bataan Death March. A recent prison massacre by Japanese soldiers elsewhere in the Philippines made the stakes impossibly high and left little time to plan the complex operation.

In Ghost Soldiers Hampton Sides vividly re-creates this daring raid, offering a minute-by-minute narration that unfolds alongside intimate portraits of the prisoners and their lives in the camp. Sides shows how the POWs banded together to survive, defying the Japanese authorities even as they endured starvation, tropical diseases, and torture. Harrowing, poignant, and inspiring, Ghost Soldiers is the mesmerizing story of a remarkable mission. It is also a testament to the human spirit, an account of enormous bravery and self-sacrifice amid the most trying conditions. 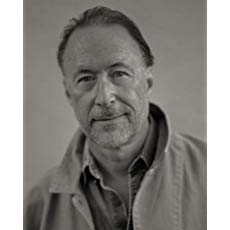 Hampton Sides is the author of In the Kingdom of Ice, Ghost Soldiers, Blood and Thunder, Hellhound On His Trail, and other bestselling works of narrative history and literary non-fiction. His newest work, On Desperate Ground, will be published by Doubleday this October. Hampton is an editor-at-large for Outside magazine. His magazine work, collected in numerous published anthologies, has been twice named a Finalist for the National Magazine Awards in feature writing. A recent fellow of the Santa Fe Institute, he teaches literary journalism and narrative history at Colorado College. A native of Memphis with a BA in history from Yale, he lives in Santa Fe with his wife Anne.