Let’s see if you can correctly guess the book I’m describing from the four options I’m giving you.

Hopefully this is too easy for you!!!

#1 – “Two sisters competing for the greatest prize: the love of a king”

#2 – “Ever since it was first published in 1951, this novel has been the coming-of-age story against which all others are judged. Read and cherished by generations, the story of Holden Caulfield is truly one of America’s literary treasures.”

#3 – “Forced from their home, the Joad family is lured to California to find work; instead they find disillusionment, exploitation, and hunger.”

#4 – “Set in London and Paris before and during the French Revolution. With 200 million copies sold, it is the most printed original English book, and among the most famous works of fiction”

#5 – “Hailed for its coiled eroticism and the moral claims it makes upon the reader, this mesmerizing novel is a story of love and secrets, horror and compassion, unfolding against the haunted landscape of postwar Germany. ”

#6 – “This Hugo & Nebula Award winner tells a sweeping tale of the desert planet Arrakis, the focus of an intricate power struggle in a byzantine interstellar empire.”

#7 – “A heart-wrenching but deeply funny and ultimately uplifting story of family, love, loyalty, and hope, a beautifully crafted and captivating look at the wonders and absurdities of human life…as only a dog could tell it.”

“A Dog’s Purpose” – W. Bruce Cameron
“The Art Of Racing In The Rain” – Garth Stein
“Marley and Me” – John Grogan
“From Baghdad, With Love” – Jay Kopelman, Melinda Roth 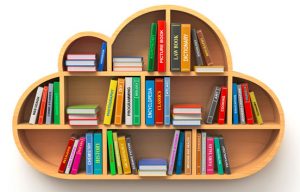 #1 – “The Other Boleyn Girl” – Philippa Gregory