Best Reviewed: The Boy, The Mole, The Fox, and The Horse by Charlie Mackesy 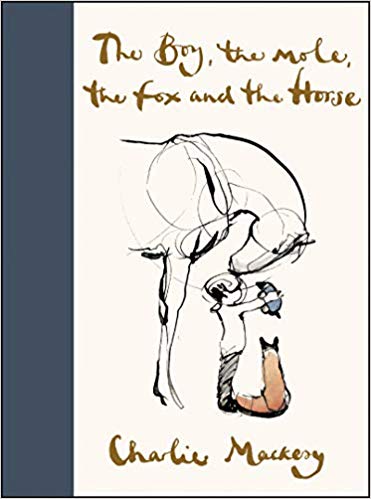 A New York Times bestseller, a Wall Street Journal bestseller, and a USA Today bestseller, The Boy, The Mole, The Fox, and The Horse by Charlie Mackesy is Barnes & Noble’s Book Of The Year and has a 4.9 star review on Amazon.

Charlie Mackesy is already a revered British illustrator, and now he’s bringing us a modern fable for all ages that explores life’s universal lessons, which features 100 color and black-and-white drawings.

Back Cover Copy of The Boy, The Mole, The Fox, and The Horse:

“What do you want to be when you grow up?” asked the mole.

Charlie Mackesy offers inspiration and hope in uncertain times in this beautiful book based on his famous quartet of characters. The Boy, the Mole, the Fox, and the Horse explores their unlikely friendship and the poignant, universal lessons they learn together.

Radiant with Mackesy’s warmth and gentle wit, The Boy, the Mole, the Fox, and the Horse blends hand-written narrative with dozens of drawings, including some of his best-loved illustrations (including “Help,” which has been shared over one million times) and new, never-before-seen material. A modern classic in the vein of The Tao of Pooh, The Alchemist, and The Giving Tree, this charmingly designed keepsake will be treasured for generations to come. 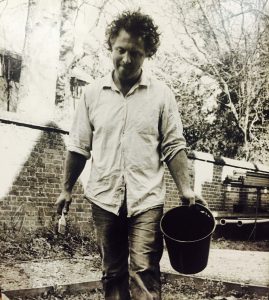 Charlie Mackesy was born during a very cold snowy winter in Northumberland.

He went to Radley College for a little while and Hexham Queen Elizabeth High School, among others, but seemed to prefer ferreting, drawing cartoons and swimming in the River Tyne. He attempted university twice but left both within a week. He never went to art school but spent three months in America with a portrait painter where he learned about anatomy and how to deal with bed bugs. Charlie began as a cartoonist for The Spectator and a book illustrator for Oxford University Press before being taken on by galleries. He first exhibited drawings in London, in The Park Walk Gallery, and has since exhibited in galleries in New York, London and Edinburgh.

He has lived and painted in South Africa, Southern Africa, and America. He was obsessed with New Orleans and made endless studies of jazz clubs and gospel bands and brought the work back to London to exhibit. His obsession with music, and especially the Royal Albert Hall, continues.

“It’s a great shape, a loving shape – like a jelly.” he says.  “A cosy pudding housing genius.”

Charlie’s work features in books, private collections and public spaces, including Highgate Cemetery in London, in hospitals, prisons, churches and university colleges around the UK, and in women’s safe houses around the world.

One of his happiest times was making drawings for Richard Curtis on the set of Love Actually so they could be auctioned for Comic Relief.

He co-runs Mama Buci, which is a honey social enterprise in Zambia.

He produced ‘The Unity Series’. A collaborative set of lithographs with Nelson Mandela in 2006.

His journey with the boy, the mole, the fox and the horse has consumed him. He lives in their world a lot of the time and has loved making the book. Their adventures will continue.

He thinks  G. K. Chesterton sums it all up well: “At the back of our brains, so to speak, there was a forgotten blaze or burst of astonishment at our own existence. The object of the artistic and spiritual life was to dig for this submerged sunrise of wonder.”