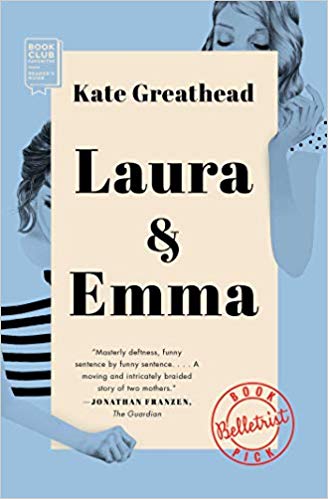 Told in vignettes whose every “restrained and understated sentence has been polished to glittering brightness” (Vox), Laura & Emma is “an incisive comedy of manners about class divides and the ‘burdens’ of being born privileged” (Esquire) and “a thoughtful novel of trying to find oneself despite an assigned place in the world” (Publishers Weekly).

Kate Greathead’s debut novel gamely takes on class conflict, single motherhood, and the discreet pretension of the 1980s Upper East Side and is a layered story about mothers and daughters and identity – perfect for discussion with your book club group.

Back Cover Copy of Laura & Emma:

Laura hails from the Upper East Side of Manhattan, born into old money, drifting aimlessly into her early thirties. One weekend in 1981 she meets a man. The two sleep together. He vanishes. And Laura realizes she’s pregnant.

“Unputdownable” (Library Journal) and “wryly observed” (Vogue), Laura & Emma follows Laura as she raises Emma in New York City over the next fifteen years. With wit and compassion, Kate Greathead explores the many flaws and quirks that make us human. Laura’s story hosts a cast of effervescent and original characters, including her eccentric mother, who informs her society friends and Emma herself that she was fathered by a Swedish sperm donor; her brother, whose childhood stutter reappears in the presence of their forbidding father; an exceptionally kind male pediatrician; and her overbearing best friend, whose life has followed the Park Avenue script in every way except for childbearing. 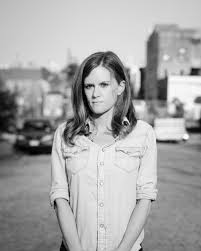 Kate Greathead is a graduate of Wesleyan University and the MFA Program for Writers at Warren Wilson College. Her writing has appeared in The New Yorker, The New York Times, and Vanity Fair, and on NPR’s Moth Radio Hour. She was a subject in the American version of the British Up documentary series. She lives in Brooklyn with her husband, the writer Teddy Wayne. Laura & Emma is her first novel.