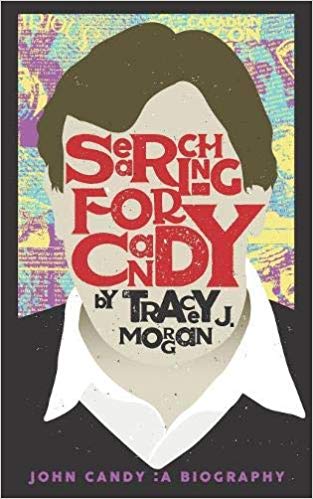 I miss John Candy.  His movies were a staple of my childhood, and I still re-watch them.  I can’t wait to expose my son to Uncle Buck someday.

It makes me very happy that someone who loves John Candy created a really cool biography for him.  I think he’d like it.

Back Cover Copy of Searching for Candy:

Legendary comedic actor, John Candy, is often described as one of the sweetest men in Hollywood. Police Academy legend, Tim Kazurinksy, once said that “John wasn’t just a one in a million guy – he was a one in a hundred million guy”. Incredibly talented, full of heart and extraordinarily hard working, with over forty movies under his belt, Candy was a screen icon during the 80s and early 90s. His starring roles in Uncle Buck, Cool Runnings, Spaceballs and Planes, Trains and Automobiles are testament to a rare and much loved talent. Candy could make you laugh and cry on the turn of a dime.Searching for Candy is an extensive overview of his career. The book reveals his early years growing up in post-war Toronto, his breakthrough as part of the legendary Second City comedy group, Candy’s wonderful movie career and his stint as a co-owner of the Toronto Argonauts Gridiron Team, right through to his tragic passing in 1994. The book features first-hand original interviews with over 70 of Candy’s colleagues and friends, some speaking on record for the first time. Stars interviewed include Mel Brooks, Mariel Hemingway, Carl Reiner, Dave Thomas, Juul Haalmeyer, Valri Bromfield and others, building a vibrant and authentic portrait of the much-missed actor, comedian and humanist. 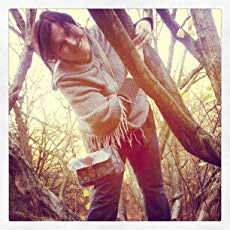 Tracey is an animal lover and John Candy biographer. She lives in Shrewsbury, UK, with her cats, boyfriend and chicken. She loves her allotment, making jam, listening to music, 80s movies, kitchen dancing and she day dreams – a lot.