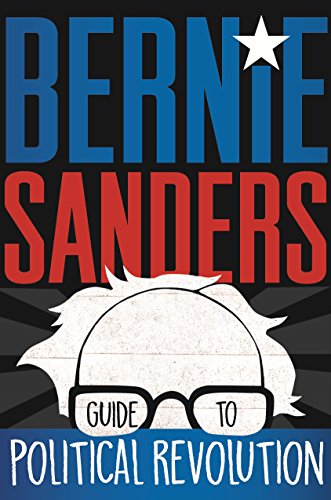 In the Bernie Sanders’ Guide to Political Revolution, Independent congressman, presidential candidate and activist Bernie Sanders continues his fight against the imbalances in the nation’s status quo, and shows you how to make a difference to effect the changes America―and the world―need to create a better tomorrow.

It might seem wrong to you to put my political opinions on my own blog.  But I believe Bernie is the President we need right now, and I’m fully supporting his run for the White House.

I hope you purchase this book, learn about Senator Sanders’ policies, and vote with me – sorry – vote with US.   Purchase your copy here.

Back Cover Copy of Bernie Sanders’ Guide to Political Revolution:

Throughout the Presidential campaign, Senator Bernie Sanders promised voters a future to believe in through his progressive platform and a vision for America worth fighting for. This vision calls for an economic, environmental, health care, and social justice revolution beyond the stagnant agendas of Democrat and Republican politicians to build an equitable future for all Americans—especially the younger generation that will inherit the consequences of decisions made now.

Inside this practical and inspiring guide to effecting change in today’s world, you’ll learn how to:
· Understand and navigate the current system of policy and government
· Work to change the system to reflect your values and to protect our society’s most vulnerable
· Organize for the causes you care about most
· Resources for further reading and organizations to get involved with

With more than two decades of Washington D.C. insider knowledge and experience, Senator Sanders knows how to fight and change the system from within, a system desperately in need of reform in health care, immigration, taxes, higher education, climate change, and criminal justice.

The political revolution is just beginning. What role will you play? 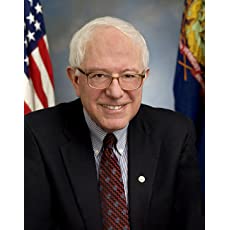 Bernie Sanders ran as a Democratic candidate for President of the United States in 2016, and is doing so again in 2020. He served as mayor of Burlington, Vermont’s largest city, for eight years before defeating an incumbent Republican to be the sole congressperson for the state in the U.S. House of Representatives in 1991. He was elected to the Senate in 2007 and is now in his second term, making him the longest-serving independent in the history of the Congress. He lives in Burlington, Vermont, with his wife, Jane, and has four children and seven grandchildren.