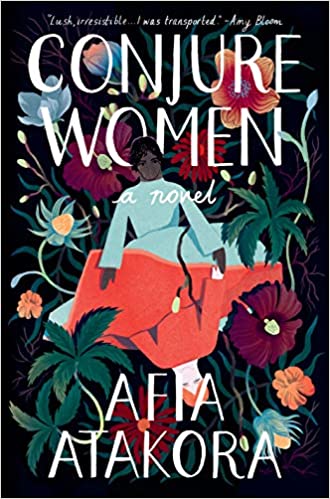 A mother and daughter with a shared talent for healing—and for the conjuring of curses—are at the heart of this dazzling first novel by Afia Atakora.  Released April 7th, and already with a 4.5 rating on Amazon and is a #1 best seller for Historical African Fiction.

On top of all that, it’s Barnes & Noble’s Book Club Pick for May.

Back Cover Copy of Conjure Women:

Conjure Women is a sweeping story that brings the world of the South before and after the Civil War vividly to life. Spanning eras and generations, it tells of the lives of three unforgettable women: Miss May Belle, a wise healing woman; her precocious and observant daughter Rue, who is reluctant to follow in her mother’s footsteps as a midwife; and their master’s daughter Varina. The secrets and bonds among these women and their community come to a head at the beginning of a war and at the birth of an accursed child, who sets the townspeople alight with fear and a spreading superstition that threatens their newly won, tenuous freedom.

Magnificently written, brilliantly researched, richly imagined, Conjure Women moves back and forth in time to tell the haunting story of Rue, Varina, and May Belle, their passions and friendships, and the lengths they will go to save themselves and those they love. 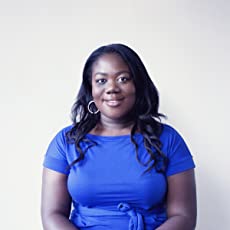 Afia Atakora was born in the United Kingdom and raised in New Jersey, where she now lives. She graduated from New York University and has an MFA from Columbia University, where she was the recipient of the De Alba Fellowship. Her fiction has been nominated for a Pushcart Prize and she was a finalist for the Hurston/Wright Award for College Writers.