Poetry Book Spotlight: Where the Sidewalk Ends by Shel Silverstein 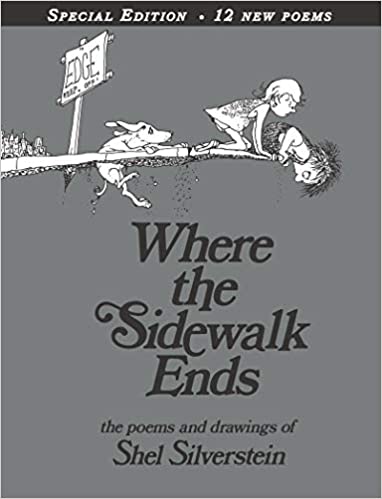 This is an ideal book for parents to have handy, if you’d like to brighten your day with cranky kids.  There are so many funny and lighthearted verses in this collection, that you’ll want to read and re-read these silly poems until you’ve memorized them.

You might think Mr. Silverstein’s books are just for kids, but adults will enjoy them also.

Purchase your copy of Where the Sidewalk Ends here.

Shel Silverstein, the New York Times bestselling author of The Giving Tree, A Light in the Attic, Falling Up, and Every Thing On It, has created a poetry collection that is outrageously funny and deeply profound. Come in…for where the sidewalk ends, Shel Silverstein’s world begins.  You’ll meet a boy who turns into a TV set, and a girl who eats a whale. The Unicorn and the Bloath live there, and so does Sarah Cynthia Sylvia Stout who will not take the garbage out.  It is a place where you wash your shadow and plant diamond gardens, a place where shoes fly, sisters are auctioned off, and crocodiles go to the dentist. Shel Silverstein’s masterful collection of poems and drawings stretches the bounds of imagination and will be cherished by readers of all ages. This is a collection that belongs on everyone’s bookshelf. 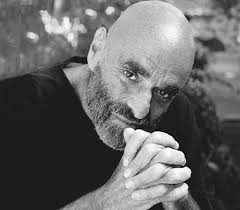 “And now, children, your Uncle Shelby is going to tell you a story about a very strange lion- in fact, the strangest lion I have ever met.” So begins Shel Silverstein’s very first children’s book, Lafcadio, the Lion Who Shot Back. It’s funny and sad and has made readers laugh and think since it was published in 1963. It was followed the next year by three more books. The first of them, The Giving Tree, is a moving story about the love of a tree for a boy. Shel returned to humor the same year with A Giraffe and a Half, delighting readers with a most riotous ending. The third book in 1964 was Uncle Shelby’s Zoo Don’t Bump the Glump! and Other Fantasies, Shel’s first poetry collection, and his first and only book illustrated in full color. It combined his unique imagination and bold brand of humor in this collection of silly and scary creatures. Shel’s second collection of poems and drawings, Where the Sidewalk Ends, was published in 1974. His recording of the poems won him a Grammy for best Children’s Album. In this collection, Shel invited children to dream and dare to imagine the impossible, from a hippopotamus sandwich to the longest nose in the world. With his next collection of poems and drawings, A Light in the Attic, published in 1981, Shel asked his readers to turn the light on in their attics, to put something silly in the world, and not to be discouraged by the Whatifs. Instead he urged readers to catch the moon or invite a dinosaur to dinner- to have fun! A Light in the Attic was the first children’s book to break onto the New York Times Bestseller List, where it stayed for a record-breaking 182 weeks. The last book that was published before his death in 1999 was Falling Up (1996). Like his other books, it is filled with unforgettable characters. Shel Silverstein’s legacy continued with the release of a new work,Runny Babbit, the first posthumous publication conceived and completed before his death and released in March 2005. Witty and wondrous, Runny Babbit is a poetry collection of simple spoonerismsH, which twist the tongue and tease the mind. Don’t Bump the Glump! And Other Fantasies was recently reissued in 2008 after being unavailable for over 30 years. Shel was always a believer in letting his work do the talking for him–few authors have ever done it better.