Biography Pick: The Greatest Gambling Story Ever Told: A True Tale of Three Gamblers, The Kentucky Derby, and the Mexican Cartel by Mark Paul 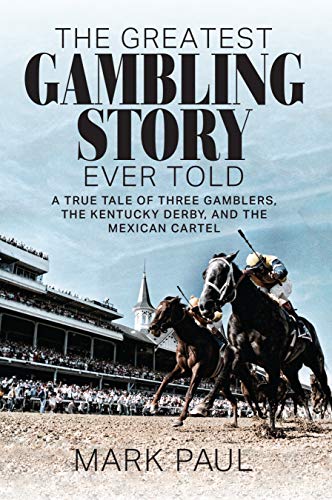 An Amazon #1 Best Seller in Biographies of White Collar Crime, The Greatest Gambling Story Ever Told, by Mark Paul, is a riveting true story about the gamblers that bet millions on the Kentucky Derby against the Mexican Cartel.

Back Cover Copy of The Greatest Gambling Story Ever Told:

The Greatest Gambling Story Ever Told is an inspiring personal narrative about a filly who broke through the male-dominated world of horseracing and inspired crowds of men and women alike, along with a trio of gamblers who embark on an unforgettable adventure that’s as epic as the history victory of Winning Colors. It’s Seabiscuit meets Narcos, and the best true-life gambling story ever told.

In the late 1980s, a spectacular three-year-old female racehorse named Winning Colors was being groomed for success under her famous “Hollywood” trainer, D. Wayne Lukas, and the billionaire owner of the San Diego Chargers pro-football team, Eugene Klein. Meanwhile, three fun-loving gamblers, Miami Paul, Dino Mateo, and Big Bernie believed that Winning Colors could be the unlikely female winner of the 1988 Kentucky Derby.

When the gamblers unknowingly place their longshot bet with members of a suspected drug cartel at a racetrack in Tijuana, Mexico, they must figure out how to claim their prize — without getting killed in the process. In a heart-pounding race of their own across the U.S.-Mexico border, the trio come face-to-face with suspected killers, are arrested by the Border Patrol, and fumble their way through the riskiest bet of their lives. 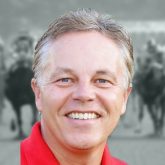 Mark Paul lives for action and adventure at locations where gambling occurs. He began his gambling career by sneaking into Hollywood Park and Santa Anita at age 16. Mark made a 5,000-mile journey in a sailboat through the Panama Canal and then on to the island of Jamaica, to attend Caribbean and South American horse races. He completed these gambling junkets alone, via bus, to gamble at the local thoroughbred racetracks. He was a participant in a $1 million win on the 1988 Kentucky Derby with two other gamblers through a bet placed in Tijuana, Mexico. He has owned interests in 40 racehorses. Mark has enjoyed a long commercial real estate career. With his wife, Renee, Mark raised over $750,000 for City of Hope Cancer research through their events held at the Santa Anita racetrack.