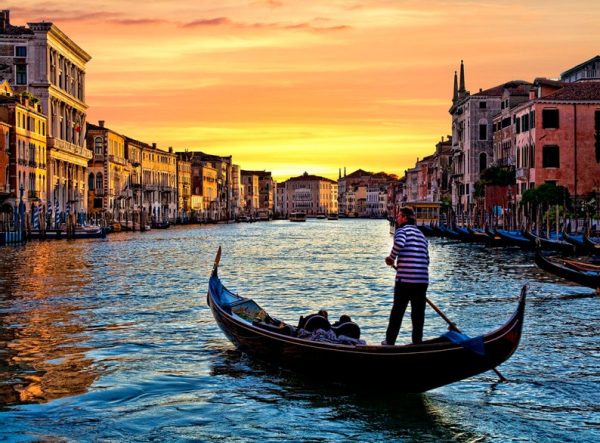 Anyone else wanting to take a trip?

Being at home these last few months has gotten a lot of us down, but books are always a good way to experience far-off places when you can’t be there in person.

Here are some of my favorite books set in Italy!  Purchase by clicking on the title. 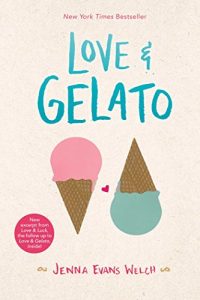 A summer in Italy turns into a road trip across Tuscany in this sweeping debut novel filled with romance, mystery, and adventure.

Lina is spending the summer in Tuscany, but she isn’t in the mood for Italy’s famous sunshine and fairy-tale landscape. She’s only there because it was her mother’s dying wish that she get to know her father. But what kind of father isn’t around for sixteen years? All Lina wants to do is get back home.

But then Lina is given a journal that her mom had kept when she lived in Italy. Suddenly Lina’s uncovering a magical world of secret romances, art, and hidden bakeries. A world that inspires Lina, along with the ever-so-charming Ren, to follow in her mother’s footsteps and unearth a secret that has been kept for far too long. It’s a secret that will change everything Lina knew about her mother, her father—and even herself.

People come to Italy for love and gelato, someone tells her, but sometimes they discover much more. 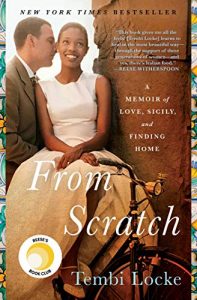 From Scratch: A Memoir of Love, Sicily, and Finding Home by Tembi Locke

It was love at first sight when actress Tembi met professional chef, Saro, on a street in Florence. There was just one problem: Saro’s traditional Sicilian family did not approve of his marrying a black American woman. However, the couple, heartbroken but undeterred, forged on. They built a happy life in Los Angeles, with fulfilling careers, deep friendships, and the love of their lives: a baby girl they adopted at birth. Eventually, they reconciled with Saro’s family just as he faced a formidable cancer that would consume all their dreams.

From Scratch chronicles three summers Tembi spends in Sicily with her daughter, Zoela, as she begins to piece together a life without her husband in his tiny hometown hamlet of farmers. Where once Tembi was estranged from Saro’s family, now she finds solace and nourishment—literally and spiritually—at her mother-in-law’s table. In the Sicilian countryside, she discovers the healing gifts of simple fresh food, the embrace of a close knit community, and timeless traditions and wisdom that light a path forward. All along the way she reflects on her and Saro’s romance—an incredible love story that leaps off the pages.

In Sicily, it is said that every story begins with a marriage or a death—in Tembi Locke’s case, it is both. “Locke’s raw and heartfelt memoir will uplift readers suffering from the loss of their own loved ones” (Publishers Weekly), but her story is also about love, finding a home, and chasing flavor as an act of remembrance. From Scratch is for anyone who has dared to reach for big love, fought for what mattered most, and those who needed a powerful reminder that life is…delicious. 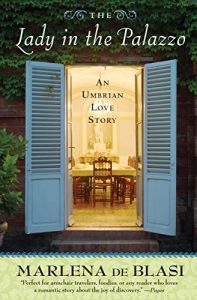 The Lady in The Palazzo by Marlena de Blasi

Marlena di Blasi seduced readers to fall in love with Venice, then Tuscany, with her critically acclaimed books about her experiences in those enchanting Italian regions. Now she takes readers on a journey into the heart of Orvieto, an ancient city in the less-trodden region of Umbria. Rich with history and a vivid sense of place, her tale is by turns romantic and sensual, joyous and celebratory, as she and her husband search for a home in this city on a hill—finding one that turns out to be the former ballroom of a dilapidated sixteenth-century palazzo. Along the way, de Blasi befriends an array of colorful characters, including cooks, counts, shepherds, and a lone violinist—cooking her way into the hearts of her Umbrian neighbors.

Brimming with life and kissed by romance, The Lady in the Palazzo perfectly captures the essence of a singular place and offers up a feast—and the recipes to prepare it!—for readers of all stripes. 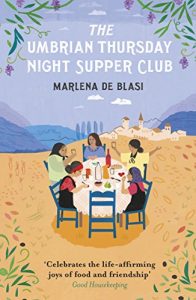 Every week on a Thursday evening, a group of four rural Italian women gather in an old stone house in the hills above Italy’s Orvieto. There – along with their friend, Marlena – they cook together, sit down to a beautiful supper, drink their beloved local wines, and talk.

Surrounded by candle light, good food and friendship, the four women tell Marlena their evocative life stories, and of cherished ingredients and recipes whose secrets have been passed down through generations. 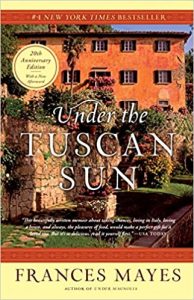 Under the Tuscan Sun by Frances Mayes

Frances Mayes—widely published poet, gourmet cook, and travel writer—opens the door to a wondrous new world when she buys and restores an abandoned villa in the spectacular Tuscan countryside. In evocative language, she brings the reader along as she discovers the beauty and simplicity of life in Italy. Mayes also creates dozens of delicious seasonal recipes from her traditional kitchen and simple garden, all of which she includes in the book. Doing for Tuscany what M.F.K. Fisher and Peter Mayle did for Provence, Mayes writes about the tastes and pleasures of a foreign country with gusto and passion.