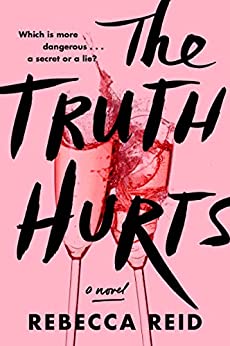 In this twisty, compelling thriller, a young woman quickly embarks on what she thinks is the relationship and love of a lifetime, and she’s thrilled when her new husband insists they follow one rule: they don’t talk about the past, but it’s a rule that has dangerous consequences—perfect for fans of A Simple Favor and The Kiss Quotient.

Back Cover Copy of The Truth Hurts:

Is her new husband hiding something?

Caught up in a whirlwind romance that starts in sunny Ibiza and leads to the cool corridors of a luxurious English country estate, Poppy barely has time to catch her breath, let alone seriously question if all this is too good to be true. Drew is enamored, devoted, and, okay, a little mysterious—but that’s part of the thrill. What’s the harm in letting his past remain private?

Maybe he’s not the only one…

Fortunately, Drew never seems to wonder why his young wife has so readily agreed to their unusual pact to live only in the here and now and not probe their personal histories. Perhaps he assumes, as others do, that she is simply swept up in the intoxication of infatuation and sudden wealth. What’s the harm in letting them believe that?

How far will they go to keep the past buried?

Isolated in Drew’s sprawling mansion, Poppy starts to have time to doubt the man she’s married, to wonder what in his past might be so terrible that it can’t be spoken of, to imagine what harm he might be capable of. She doesn’t want this dream to shatter. But Poppy may soon be forced to confront the dark truth that there are sins far more dangerous than the sin of omission… 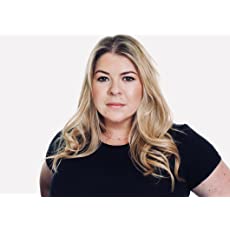 Rebecca Reid is a journalist based in London. She is a columnist for the Telegraph women’s section and for Metro. She writes regularly for Marie Claire, The Guardian, Telegraph online, the Saturday Telegraph, The Independent, Grazia, Stylist, and the iPaper, and she appears regularly on Good Morning Britain, where she argues with everyone from Piers Morgan to Jameela Jamil about gender politics, social class, and sex and relationships.