New Releases: The Death of Vivek Oji by Akwaeke Emezi 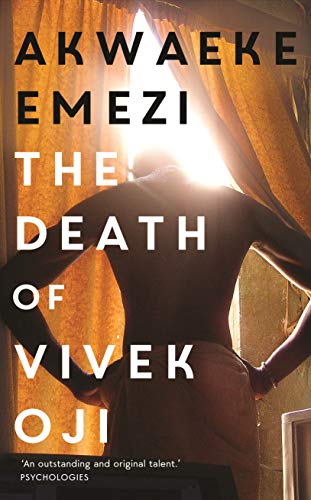 Named one of the year’s most anticipated books by The New York Times, Elle, Harper’s Bazaar, BuzzFeed, Refinery29, and more, The Death of Vivek Oji was released on August 4, 2020.

Back Cover Copy of The Death of Vivek Oji:

One afternoon, a mother opens her front door to find the length of her son’s body stretched out on the veranda, swaddled in akwete material, his head on her welcome mat. The Death of Vivek Oji transports us to the day of Vivek’s birth, the day his grandmother Ahunna died. It is the story of an over protective mother and a distant father, and the heart-wrenching tale of one family’s struggle to understand their child, just as Vivek learns to recognize himself.

Teeming with unforgettable characters whose lives have been shaped by Vivek’s gentle and enigmatic spirit, it shares with us a Nigerian childhood that challenges expectations. This novel, and its celebration of the innocence and optimism of youth will touch all those who embrace it. 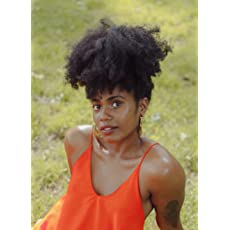 Akwaeke Emezi is the author of the novel Freshwater, which was named a New York Times Notable Book and shortlisted for the PEN/Hemingway Award, the NYPL Young Lions Fiction Award, the Lambda Literary Award, and the Center for Fiction’s First Novel Prize, and longlisted for the International Dublin Literary Award, the Women’s Prize for Fiction, the Andrew Carnegie Medal for Excellence in Fiction, the Brooklyn Public Library Literary Prize, the Wellcome Book Prize, the Aspen Words Literary Prize, and the VCU Cabell First Novelist Award. Freshwater was also awarded the Otherwise Award and named a Best Book of the Decade by BuzzFeed and a Best Book of the Year by The New Yorker, NPR, and the Chicago Public Library. Emezi’s second book, Pet, was a finalist for the National Book Award for Young People’s Literature. Selected as a 5 Under 35 honoree by the National Book Foundation, Emezi has been profiled by Vogue (for which they were photographed by Annie Leibovitz) and by Vanity Fair as part of “The New Hollywood Guard.” Freshwater has been translated into ten languages and is currently in development as a TV series at FX, with Emezi writing and executive producing with Tamara P. Carter.