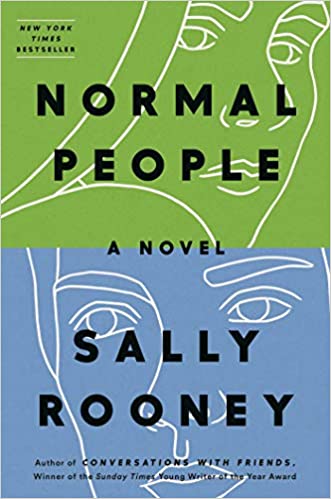 A few days ago, I posted an Author Spotlight of Sally Rooney.  Read it here. 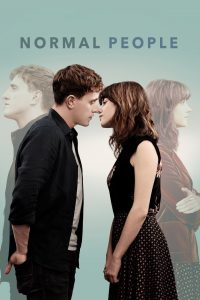 Normal People follows Marianne and Connell, people from different backgrounds but the same small town in Ireland, as they weave in and out of each other’s romantic lives and start to grow up. The story swaps between the perspectives of the two young people in a will-they-or-won’t-they relationship.

Back Cover Copy of Normal People:

Connell and Marianne grew up in the same small town, but the similarities end there. At school, Connell is popular and well liked, while Marianne is a loner. But when the two strike up a conversation—awkward but electrifying—something life changing begins.

A year later, they’re both studying at Trinity College in Dublin. Marianne has found her feet in a new social world while Connell hangs at the sidelines, shy and uncertain. Throughout their years at university, Marianne and Connell circle one another, straying toward other people and possibilities but always magnetically, irresistibly drawn back together. And as she veers into self-destruction and he begins to search for meaning elsewhere, each must confront how far they are willing to go to save the other.

Normal People is the story of mutual fascination, friendship and love. It takes us from that first conversation to the years beyond, in the company of two people who try to stay apart but find that they can’t. 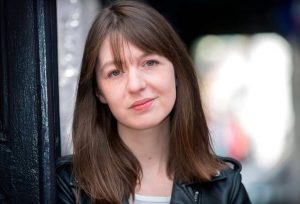 Sally Rooney was born in the west of Ireland in 1991. Her work has appeared in The New Yorker, The New York Times, Granta and The London Review of Books. Winner of the Sunday Times Young Writer of the Year Award, she is the author of Conversations with Friends. In 2019, she was named to the inaugural Time 100 Next list.