Thank You, Victor Hugo for "Everybody Dies: The Musical"

Uncategorized Thank You, Victor Hugo for "Everybody Dies: The Musical" 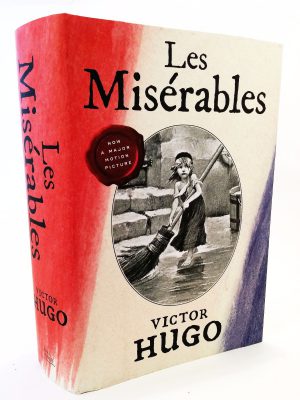 Victor Hugo’s Les Misérables was completed on this date in 1862.  I’ll admit, I’ve never finished it despite starting it three times now.  Someday, I’ll read it all the way through, along with Ulysses and The Count of Monte Cristo.   (Gotta dream BIG, right?)

As a musical theater nerd, I know the story and the characters, and can belt most of the songs…..in my car….by myself….with the windows rolled up.  Although the musical is three hours long, and like an opera, is completely sung by the characters, I love it.    If you haven’t read and/or seen the show, here’s your spoiler alert: all the main characters die.  So it’s well known around the theater community that this musical is lovingly called “Everybody Dies”.

The world Hugo lets us live in is sad and glad, inspiring and devastating; it’s everything all at once.  In my previous post I confirmed that books were better than TV and Movies, but I have no reference for this book, having only seen the stage production.
So, thank you Mr. Hugo.  And, I promise I’ll get around to reading every word.