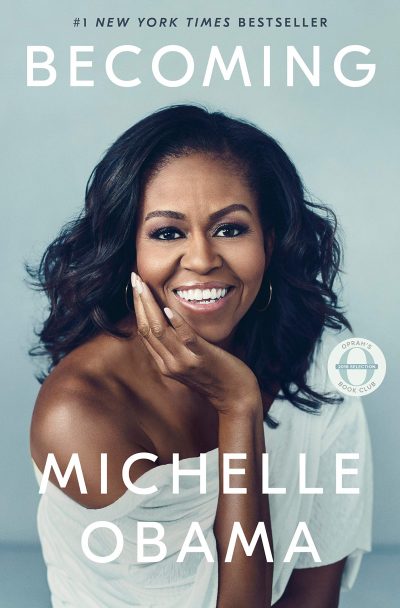 With 3.4 million copies sold, Becoming by Michelle Obama was the best selling book of 2018.

Her wonderful memoir gives us insight into the First Black First Lady’s life from growing up on the South Side of Chicago, to her eight years in the White House. 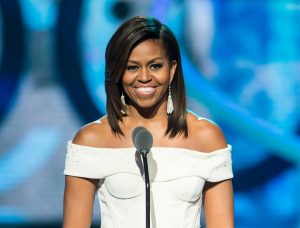 She is as smart as she is beautiful, and her journey was full of hard work, optimism, and perseverance.  After earning two Ivy League degrees and landing a job with a large law firm in Chicago, she was able to help her husband chase his dreams and help our country, without giving up who she was.  Her book shows how grounded she is and how she was able to navigate 12 years as a politicians wife while holding full-time jobs and raising her daughters.

The book is also very blunt about the racism she has faced as an African-American in the public eye.  During President Obama’s first campaign, she was called out for speaking with intensity and conviction.  The conservative media twisted the image to present her as an “angry black woman”, when really she was speaking passionately because she was passionate.  And isn’t that what we want in leaders?? 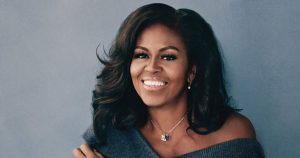 Mrs. Obama said in this book, “When you’ve worked hard, and done well, and walked through that doorway of opportunity, you do not slam it shut behind you. You reach back and you give other folks the same chances that helped you succeed.”

She has certainly followed through on giving back, as she began initiatives to stop the childhood obesity epidemic, to ensure military families are able to enter the work force easier after deployment, and help girls around the world obtain an education.

Another favorite quote from her speeches, that I try to use in my everyday life, is, “When they go low, we go high.”  An excellent reminder that no matter what the political climate looks like, or who is bullying you today, you can always choose to go high.