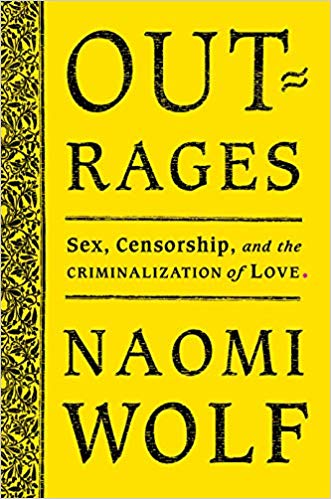 Nightmares can be very scary.  Fortunately, they aren’t real.

Unfortunately for author Naomi Wolf, a real-life nightmare happened during a live interview.  While being interviewed on BBC Radio about her new book Outrages: Sex, Censorship, and the Criminalization of Love, Ms. Wolf was informed by broadcaster Matthew Sweet that the book is premised on a misunderstanding of the definition of the phrase “death recorded”.

“Death recorded” is a 19th-century English legal term meaning a convict was pardoned – not executed or given a death sentence as Ms. Wolf thought.

Listen to the exchange here:

Everyone listen to Naomi Wolf realize on live radio that the historical thesis of the book she's there to promote is based on her misunderstanding a legal term pic.twitter.com/a3tB77g3c1

Ouch – that’s right up there with dreaming you’re back in high school and naked.

Mr. Sweet had done his homework on his interview subject and found no historical evidence that anyone was ever executed for sodomy during the Victorian era, which means much of the premsie of Wolf’s entire book is false.

Houghton Miffilin Harcourt has stated that while they employ editors, copyeditors, and proofreaders for their books, they rely on authors to do their due diligence, research, and fact-checking.  Basically, they want integrity on the part of their authors.  Outrages is out now in the UK, and will be available in the US on June 18th.

Don’t let this nightmare happen to you – and don’t rely on editors or publishers to correct your work.

Remember – It’s your name on the cover.