Book Review: An American Princess: The Many Lives Of Allene Tew by Annejet van der Zijl 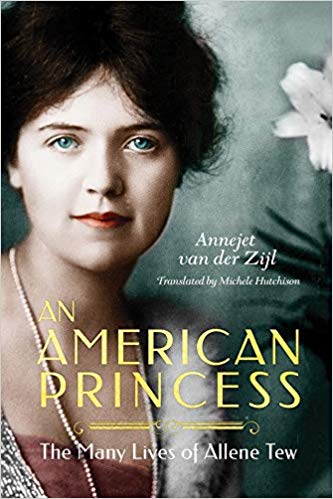 If you need a well-written female-led biography about a woman who overcomes obstacles and eventually becomes a rich American Princess, then I’d highly recommend you pick up this story.  Allene Tew went from the small settlement town of Jamestown, New York, climbed the social ladder during the turn of the century, married five times (unheard of at the time), and ended up with a chosen family and a life distinctly her own.  She did things on her own terms in a time that it wasn’t really permitted.

All women should read her story, remember her in high esteem, and strive to follow her example.

In Allene’s own words, “Courage all the time.”

Back Cover Copy of An American Princess:

Born to a pioneering family in Upstate New York in the late 1800s, Allene Tew was beautiful, impetuous, and frustrated by the confines of her small hometown. At eighteen, she met Tod Hostetter at a local dance, having no idea that the mercurial charmer she would impulsively wed was heir to one of the wealthiest families in America. But when he died twelve years later, Allene packed her bags for New York City. Never once did she look back.

From the vantage point of the American upper class, Allene embodied the tumultuous Gilded Age. Over the course of four more marriages, she weathered personal tragedies during World War I and the catastrophic financial reversals of the crash of 1929. From the castles and chateaus of Europe, she witnessed the Russian Revolution and became a princess. And from the hopes of a young girl from Jamestown, New York, Allene Tew would become the epitome of both a pursuer and survivor of the American Dream. 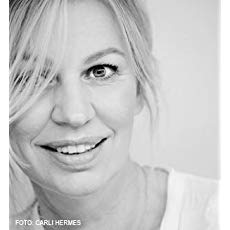 Annejet van der Zijl is one of the best-known and most widely read literary nonfiction writers in the Netherlands. She has written biographies of Dutch children’s author Annie M. G. Schmidt; Prince Bernhard, the husband of former Dutch queen Juliana; and Gerard Heineken, founder of the famous beer empire; as well as other works. Her nonfiction has been awarded the M. J. Brusse Prize for the best work of journalism and has been nominated for the Golden Owl and the AKO Literary Prize. An American Princess spent more than fifteen weeks at the top of the national bestseller list in the Netherlands and was short-listed for the Libris History Prize. In 2012, she was awarded the Golden Quill for her entire oeuvre.