Book Review: All The Way Down by Eric Beetner

Book Review Book Review: All The Way Down by Eric Beetner 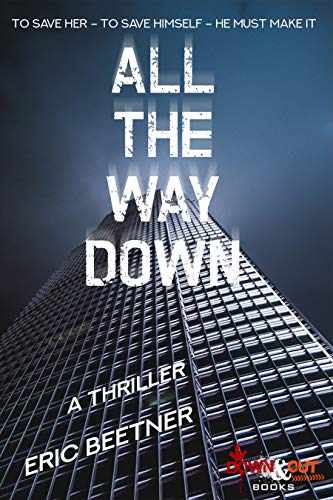 Honestly, this book has been on my “to be read” list forever.  And when I finally started in, I literally couldn’t stop.

This story is so engrossing.  I found myself stressed out worrying about whether a dirty cop is going to get out of an office tower alive!  You really care about Dale and Lauren, in spite of the fact they aren’t your typical “thriller hero” and Mr. Beetner lets us see all their faults, scars, and shortcomings.  You absolutely believe they are real – and therefore you absolutely care about what happens at the end.

The bad guy is really bad.  You want him to loose – but you’re always worried he won’t.  The tension in this book is that good!

You know those books you wish you could read again for the first time?  You want to feel excited again when you don’t know how it’s going to turn out?

That’s PRECISELY how I feel about this book now.

I would recommend this story to every mystery/thriller/noir literature fan.  Even if it doesn’t sound like your “normal books” – just read it!  It might convert you.

Back Cover Copy of All The Way Down:

Dale is a crooked cop. It started slow, but grew like a cancer and now he can’t get out from under the thumb of Tat, a would-be kingpin in every vice he can turn a profit with.
And now Dale’s number is up—the top brass knows. But instead of getting busted, Dale gets an offer. The mayor’s daughter is being held by Tat in his fortress built from an abandoned office tower. They want her back but if they storm the gates, Lauren is as good as dead. So they’re sending Dale on what could very likely be a suicide mission: infiltrate Tat’s fortress and bring her out alive.
If the Mayor even really wants her alive…
Floor by floor Dale and Lauren have to fight off an increasingly difficult and dangerous set of obstacles.
Meanwhile, Dale’s wife has her own troubles and some of the drug kingpin’s goons are only adding to an already rough day.
The clock is ticking down along with the floors of the building and escape is looking less and less likely. But to save her, and to save himself, he must make it all the way down. 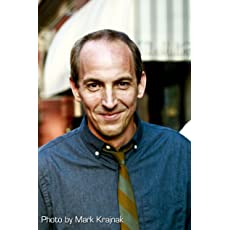 He is the author of All The Way Down, Rumrunners, Leadfoot (Anthony Award nominee), The Devil Doesn’t Want Me, When The Devil Comes To Call, The Devil At Your Door, Criminal Economics, Dig Two Graves, The Year I Died Seven Times, White Hot Pistol, Stripper Pole At the End Of The World, the story collection A Bouquet Of Bullets, co-author (with JB Kohl) of the novels Over Their Heads, One Too Many Blows To The Head and Borrowed Trouble. He co-authored The Backlist and The Short List with Frank Zafiro and he has written the novellas FIGHTCARD: Split Decision and FIGHTCARD: A Mouth Full Of Blood under the name Jack Tunney as well as two in The Lawyer series of western novellas.

He is an International Thriller Award nominee, a Shamus nominee and a three-time Anthony Award nominee including best paperback original and best anthology for Unloaded: Crime Writers Writing Without Guns which he edited and created. His award-winning short fiction has appeared in more than two dozen anthologies.

Eric also co-hosts the podcast Writer Types along with writer SW Lauden and he hosts the popular Noir at the Bar reading series in Los Angeles for seven years and counting.

When not writing he lives and works in Los Angeles where he edits and produces TV shows, helping to be both a part of the solution and a part of the problem of people not reading as much as they used to.