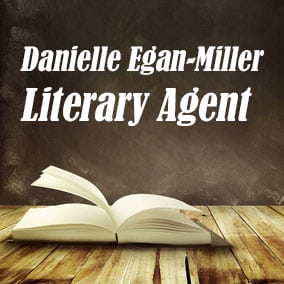 Danielle Egan-Miller is president of Browne & Miller Literary Associates in Chicago, Illinois. Danielle has extensive experience in the selling of books, and her journey in this area began when she worked as an assistant and then as an associate of the late Jane Jordan Browne. Her work experience also includes working as editor at organizations such as McGraw-Hill Trade and Dearborn Trade. As a literary agent, Danielle who has a BA in English from Loyola University of Chicago, has sold books that run into the hundreds, which also include books by authors of New York Times bestsellers and by writers who have won prizes and awards.

Browne & Miller Literary Associates, the agency which Danielle also owns, has represented thousands of fiction and nonfiction books for more than 40 years, and also sells various rights including domestic, subsidiary and foreign for the authors it represents. The agency looks for writing of the highest quality and if you’ve written an excellent adult commercial book, you can email your query to Danielle. If Browne & Miller Literary Associates is interested in your email query, you will be requested to send further material. 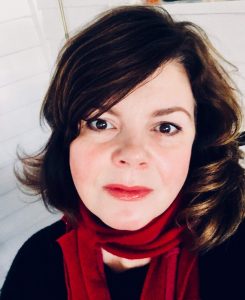 From the Agent’s Bio Page:

Danielle Egan-Miller is president of Browne & Miller Literary Associates. Danielle learned the business of book publishing from the agency side as she began her career as the assistant to, later the associate of, legendary literary agent Jane Jordan Browne.

She went on to hold editor positions with Dearborn Trade, NTC Business Books/Contemporary Books and McGraw-Hill Trade, where she acquired adult non-fiction titles with a strong emphasis on business subjects. In 2002, Danielle rejoined Jane as her partner and the agency was renamed Browne & Miller Literary Associates; she became owner and president of the agency in 2003. Danielle holds a BA in English from Loyola University of Chicago and is a graduate of the Radcliffe Publishing Course. She is also a member of the Association of Authors’ Representatives, Romance Writers of America, Mystery Writers of America, and The Authors Guild.

As an agent, Danielle has sold hundreds of books, with a heavy emphasis on commercial adult fiction. Her roster includes several New York Times bestselling authors and numerous prize- and award-winning writers.  Many of Browne & Miller’s authors have won prestigious awards including the Edgar Award, the Canadian Governor General’s Award, the RITA Award, the Anthony Award, the Colorado Book Award, the Minnesota Book Award, the Western Spur Award, the Willa Award, the Barry Award, the Dilys Award, the Midwest Booksellers Choice Award, the ECPA Golden Medallion, the Golden Quill, and the Christy Award.

Danielle spends most of her free time with her husband, teenage son, and her beloved Scottish Terriers, Scarlett O’Hara and Agnes. She is a football mom, an avid gardener, a home improvement enthusiast (she must be, as she lives in a house built in 1889), an enthusiastic cook, a strong swimmer, a beach vacation lover, and she’s addicted to (binge) reading on her iPad. Though Danielle reads ample non-fiction (she enjoys biographies in particular), most of her long-time favorite books are novels. They include: everything by Jane Austen, Wuthering Heights by Emily Bronte, The Alienist by Caleb Carr, Rebecca by Daphne du Maurier, the entire epic Outlander series by Diana Gabaldon, A Prayer for Owen Meany by John Irving, Lolita by Vladimir Nabokov, The Secret History by Donna Tartt, Where the Red Fern Grows by Wilson Rawls, The Witching Hour by Anne Rice, Black Beauty by Anna Sewell, and the Little House on the Prairie series by Laura Ingalls Wilder. She’s recently added Tana French to her list of favorite authors and believes The Likeness is as close to perfect as a novel can be.

Take a look at this page to find out exactly what to include your query to Danielle.