Book Review Review: Blaze Me A Sun by Christoffer Carlsson 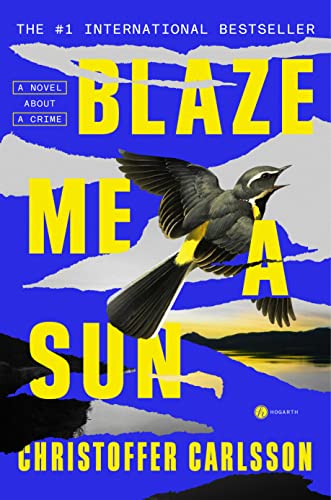 I enjoyed this book overall, however, I will warn you – it was a harder book to read (for me).

The story has an unusual narrator and time jumps, so it gets hard to pick it back up again if you lie it down.  However, I will say the ending is satisfying and I am glad I stuck it out to the finish.

I love noir and Sweden is such a wonderful setting for that genre.  In the descriptions, you can feel the author taking you to a dreary, gray town with dreary, gray weather to put you through this very gloomy mystery.  The plot is very well written and all at once pervasive and specific.

If you like moody, melancholy Swedish noir then this book is for you.

Back Cover Copy of Blaze Me A Sun:

In February 1986, the Halland police receive a call from a man who claims to have attacked his first victim. I’m going to do it again, he says before the line cuts off. By the time police officer Sven Jörgensson reaches the crime scene, the woman is taking her last breath. For Sven, this will prove a decisive moment. On the same night, Sweden plunges into a state of shock after the murder of the prime minister. Could there possibly be a connection?

As Sven becomes obsessed with the case, two more fall victim. For years, Sven remains haunted by the murders he cannot solve, fearing the killer will strike again. Having failed to catch him, Sven retires from the police, passing his obsession to his son, who has joined the force to be closer to his father.

Decades later, the case unexpectedly resurfaces when a novelist returns home to Halland amid a failed marriage and a sputtering career. The writer befriends the retired police officer, who helps the novelist—our narrator—unspool the many strands of this engrossing tale about a community confronting its shames and legacies. 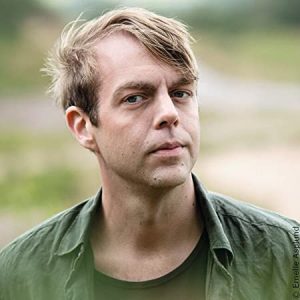 Christoffer Carlsson (1986) was born and raised outside Marbäck, on the west coast of Sweden. Christoffer has a degree in Criminology from the University of Stockholm and has been working as a researcher with the Swedish national coordinator for protecting democracy against violent extremism. In 2012, he was awarded the International European Society of Criminology’s Young Criminologist Award.

Carlsson was a voracious reader before he became a precocious writer. A child of the crime genre, he devoured genre classics from Enid Blyton to Mankell and Sjöwall-Wahlöö and, inspired by these, he sent his first manuscript to a publisher at the tender age of eleven. Twelve years later, his critically acclaimed debut novel, The Case of Vincent Franke (Fallet Vincent Franke), was released closely followed by The One-Eyed Rabbit (Den enögda kaninen).

In 2013, Carlsson published his first novel in the series about troubled police officer Leo Junker. The Invisible Man From Salem was named Best Swedish Crime Novel of the Year by the Swedish Crime Writers’ Academy in 2013, making Carlsson the youngest winner of the award ever. The book was also shortlisted for the prestigious Glass Key Award in 2014. The second installment in the series, The Falling Detective, was released in August 2014. The third book, Master, Liar, Traitor, Friend was published in 2015.

In September 2016, Carlsson published his first book for young readers, October is the Coldest Month (Oktober är den kallaste månaden). Shortly after publication, the book was named ‘Best Crime Novel of the Year for Young Readers’ by the Swedish Crime Writers’ Academy.

In 2017, Carlsson finished the beloved series about Leo Junker with the fourth and final installment, The Thin Blue Line.

Carlsson is a master of psychological complexity who writes taut, often melancholy page-turners that are loved by readers and critics alike. 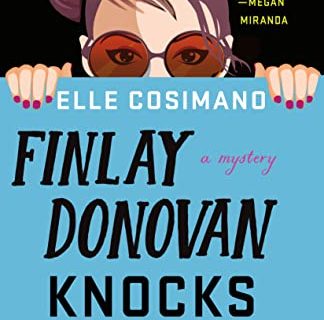