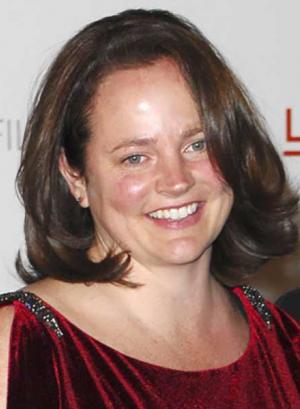 The big news in the true crime headlines lately has been the capture of the Golden State Killer.
He originally went by many names – Visalia Ransacker, East Area Rapist, Original Night Stalker, East Bay Rapist, and Diamond Knot Killer.   At one time, these crimes were thought to be committed by different perpetrators, but in the end, it all led back to Joseph James D’Angelo.
I will not post his mugshot here, nor talk more about him, because this post is actually about the author and crime blogger who helped bring him to justice, even though the police and authorities did not mention her name during the press conference.
Michelle McNamara originally wrote about her obsession with these crimes in the 2013 article In The Footsteps Of A Killer published in Los Angeles Magazine.   Michelle writes about how she tirelessly researched and connected with other true crime amateur detectives to learn all she could about these crimes and who had committed them.
She spent hours speaking with authorities and victims trying to piece evidence together and possibly bring this real-life villain to justice.
McNamara signed a book deal with HarperCollins to work on this story and her book I’ll Be Gone in the Dark: One Woman’s Obsessive Search for the Golden State Killer  was posthumously released by her friend Paul Haynes and her widower Patton Oswalt.  McNamara died in her sleep in 2016.

McNamara is responsible for coining the term “Golden State Killer” after authorities linked the DNA evidence that connected the Original Night Stalker and East Area Rapist.  Patton Oswalt has said that the authorities’ use of the “Golden State Killer” moniker is “proof of the impact of her work.”
So, as an author and true crime follower, I’d just like to say…

Thanks, Michelle.  We will take it from here.