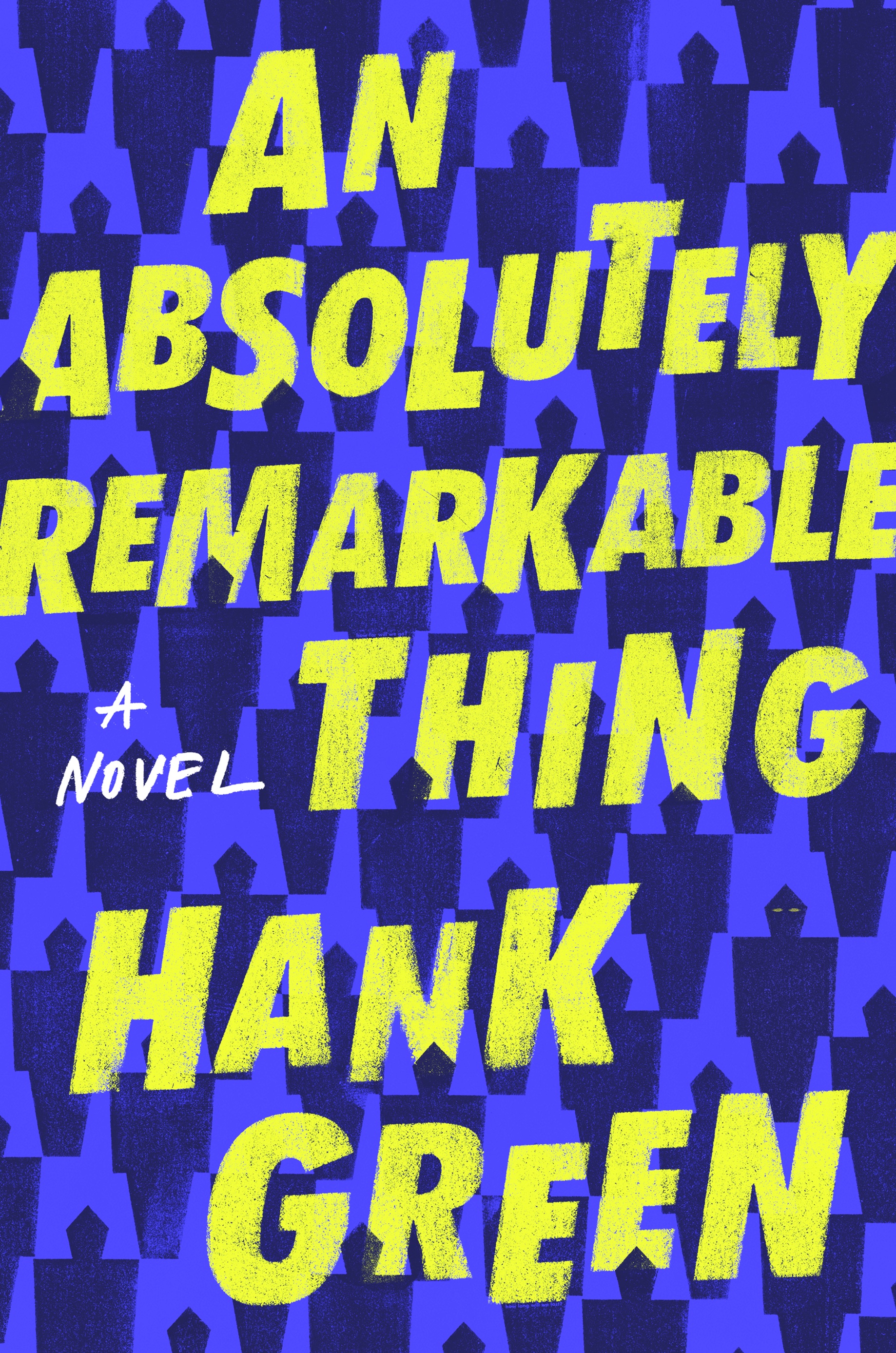 I recently finished reading An Absolutely Remarkable Thing, by Hank Green.  This was the Barnes & Noble book club pick, and I normally wouldn’t have picked this up if not for the fact I love my book club and will read almost anything to be able to discuss books with those people!

While sci-fi isn’t a genre I usually read, this book wasn’t so far out there that I couldn’t enjoy it.  The plot, relationships, and commentary on fame make this book well worth the reading time.

I fell in love with the characters and was ecstatic when Hank Green sent a video to the book clubs announcing he is working on a sequel.  GAME ON MR. GREEN!

The Carls just appeared. Coming home from work at three a.m., twenty-three-year-old April May stumbles across a giant sculpture. Delighted by its appearance and craftsmanship–like a ten-foot-tall Transformer wearing a suit of samurai armor–April and her friend Andy make a video with it, which Andy uploads to YouTube. The next day April wakes up to a viral video and a new life. News quickly spreads that there are Carls in dozens of cities around the world–everywhere from Beijing to Buenos Aires–and April, as their first documentarian, finds herself at the center of an intense international media spotlight.

Now April has to deal with the pressure on her relationships, her identity, and her safety that this new position brings, all while being on the front lines of the quest to find out not just what the Carls are, but what they want from us.