Kill Your Darlings (How To Find Unnecessary Characters)

Uncategorized Kill Your Darlings (How To Find Unnecessary Characters) 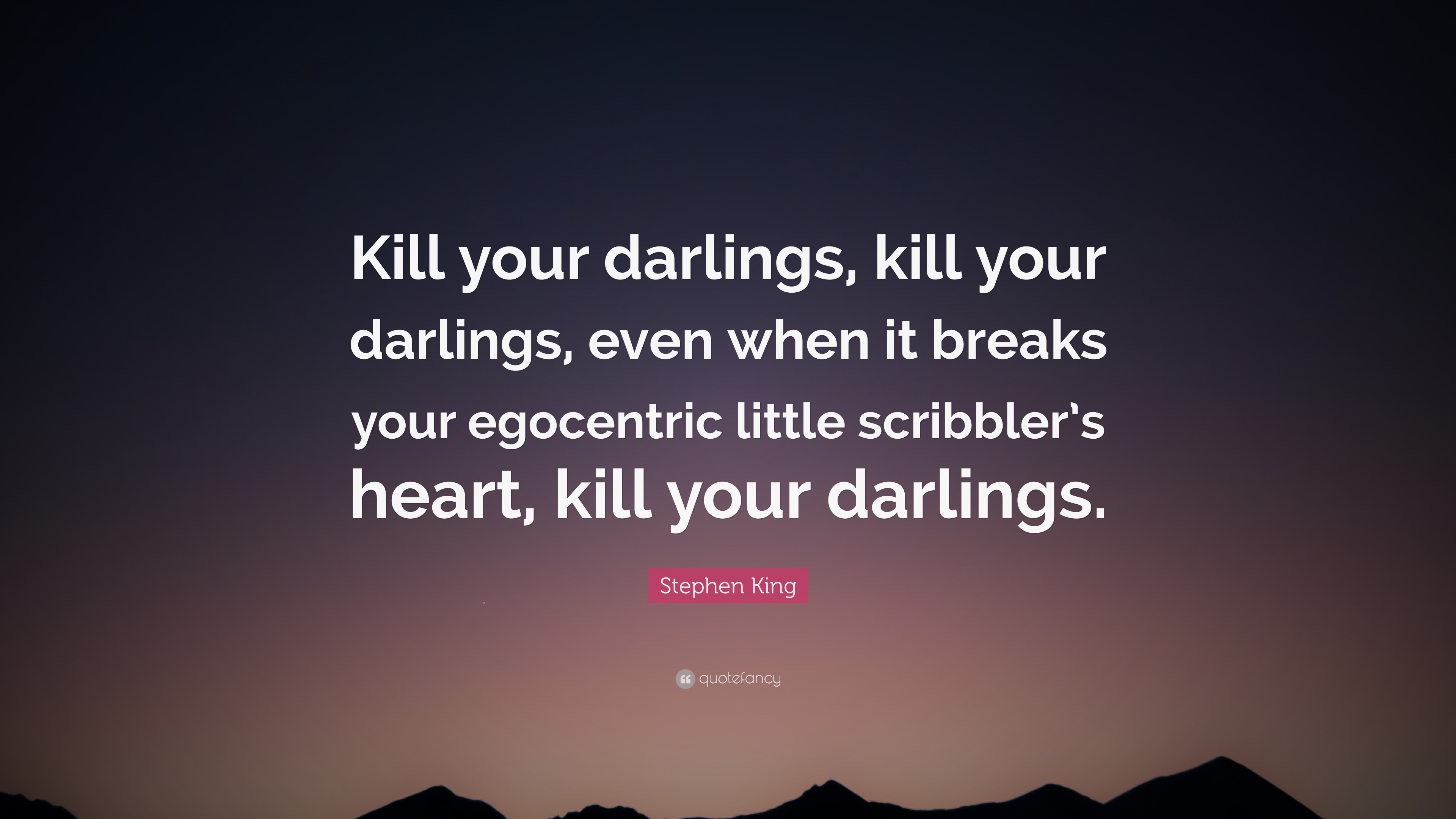 Every writer has heard the phrase Kill Your Darlings.

If something seems amiss in your story, how can you tell whether your horde of characters is at the root of it?

Put Them To The Test

Many new writers assume there are hard-and-fast rules they can absorb and apply to every project, consistently.  They ask questions like, How many characters can I have in a story? as if there’s a fixed number that successful novelists refuse to share, or an equation with 15 variables that will yield a precise figure.

The truth is, every story is unique, and so the magic number of character is always different.  But you can identify characters who are dead weight in your narrative with a few tried-and-true techniques, regardless of genre.

1 – The Action Test
Look at each character and ask yourself what s/he’s done.  Has s/he taken any action to move the story forward, or does s\he just stand around and nod?  Imagine your story without him/her: Would the plot still hold together just fine? If the answer is yes, s/he can be removed.

2 – The Snark Bait
Writing a character who effortlessly comes up with the comebacks and wry observations is the most seductive kind of Mary Sue – the Lone Snarker.  Ask yourself objectively if a character’s entire purpose is to say witty, funny, or perceptive things for the other characters to react to.  If yes, you can probably give those lines to a character (or characters) who actually has some agency in the story.

3 – The Police Sketch
Can you imagine what all of your characters look like?  What their motivations and goals are?  You wrote them; if you draw a blank, so will your readers, and they won’t miss them when you surgically remove those characters from the book.

4 – The Cog In The Machine
If you look for action as noted in Number 1, do you find a character who has precisely one active moment, in which s/he wanders over to a Plot Lever and gives it a pull?  If so, you’ll make your story more powerful and efficient if you think of a more elegant way to pull that lever.

5 – The Clone Detector
One of the easiest character mistakes to make in a novel is simple duplication.  Having two characters with very similar attributes often means they play similar roles – roles that could easily be combined into one, making your story more efficient and easier to follow.