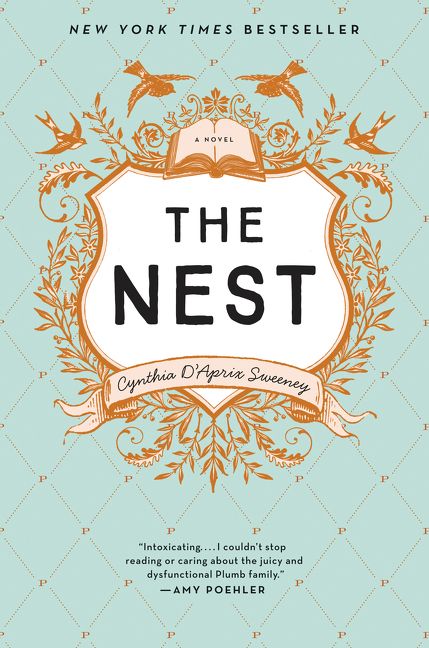 I am not exaggerating when I state that I literally couldn’t put down The Nest by Cynthia D’Aprix Sweeney.

The story focuses around the four siblings of the Plumb family.  Their father had created a trust for them before his death, and noted that it wouldn’t become available until the youngest sibling turned 40.  By providence and good luck, the small amount he had invested for them has turned into a large sum of money that they are all counting on to help their upturned lives.  Then, mere months before the youngest’s birthday, the eldest brother causes an accident and their mother decides to use a majority of the money to bail him out of his troubles.  This event causes chaos in each of the dysfunctional lives of the siblings as they has spent a majority of their lives waiting for this landslide of cash to come save them.

Ms. Sweeney has written an intoxicating story about how money makes us behave – and how it makes us treat other people.  She uses multiple points of view to put us into the head of each of the characters, which not only draws us into this world, but lets us have empathy even when it isn’t deserved.

I would recommend this book to everyone – especially those who aren’t close to family members.  It opens your eyes that there are two sides (or more) to every story.