Book Review: The Only Woman In The Room by Marie Benedict

Uncategorized Book Review: The Only Woman In The Room by Marie Benedict 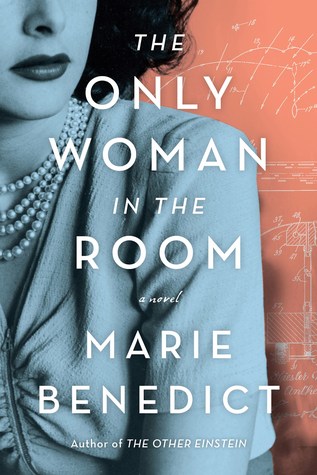 The Only Woman In The Room examines the life of actress Hedy Lamarr from her days as a young stage actress in Vienna, through World War II.  Hedy was an amazing woman with a very exciting life.

Everyone knows Hedy Lamarr possessed beauty, but she also possessed an intelligent mind.   Her beauty led to a marriage with a notorious Austrian arms dealer.  After overhearing the Third Reich’s plans, as everyone assumed a lovely wife would never understand what they spoke about in front of her, she used her acting ability to disguise herself and flee not only from the tumultuous marriage, but from Europe on the brink of war.

Knowing the secrets of the enemy, she and her pianist friend George Antheil devised an invention that could help the Allied submarines aim more accurately and were impervious to being jammed by the enemy’s radio frequencies.   Sadly, her invention wasn’t used by the Navy forces…..simply because she was a woman.

It was very inspiring to read this story as many women, like myself, can relate to being dismissed simply on the basis of sex.  What happened to Hedy was a travesty, and could have ended the war in a shorter time if only someone would have listened to her.  This scenario can be told by multiple women in multiple walks of life for multiple situations even into my children’s generation.  In short, Hedy was completely relatable in this book.

I loved this book, and look forward to reading Ms. Benedict’s other novels.  I would highly recommend this story to history buffs and every single woman.