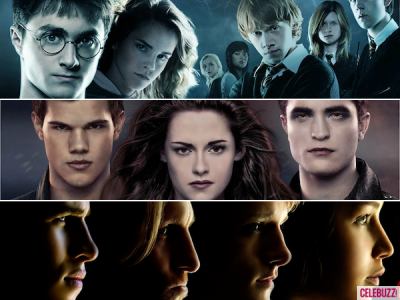 It’s no secret that these book-series-turned-movies have developed multi-generational fandoms and will continue to do so for future generations – which which one is the best?

Which series has staying power that will last for years to come?

Let’s look deeper and see what we can find here:

Twilight (Fanpires):  So, the debate with Twilight fans will forever be Team Edward or Team Jacob?  The love triangle in this series had some pre-teen girls contemplating violence to defend their opinions.  But the question remains – without the love triangle, what is there?  There’s nothing else to offer readers if you take away the Edward-Bella-Jacob struggle.

The Hunger Games (Tributes): Admittedly, this series also has a love triangle with the Gale-Katniss-Peeta romances, but we actually get a story beyond this romance and into the arena where it’s a literal fight for their life.  Katniss can fight, is strong, and independent – compare that with Bella, whose life revolves around Edward – and the advantage goes to Katniss and The Hunger Games series, for having a heroine we can get behind.

Harry Potter (Potterheads): With seven books and eight movies, J.K. Rowling’s “Harry Potter” series  is one of the most iconic of all time. What sets “Harry Potter” apart from “Twilight” and “The Hunger Games” is the lack of mushy love story.  Hermoine and Ron are too stubborn to show their love for each other for most of the series, Neville and Luna do not get together until the end and Harry does not let anyone know that he loves Ginny because if he did, he would put her in danger. The Potter series is so amazing because the love story is not the main focus, which makes it appealing to boys and girls.  Not to be stereotypical, but most boys do not like “Twilight” because the entire book is about a love story. With Harry Potter, the plot is entertaining enough on its own. The love story in “Harry Potter” is so understated, but it is still an incredible story which makes it appeal to anyone!

So, obviously, my pick for best series with the most longevity is: Harry Potter.

Along with many other Potterheads, I’ll love it forever! 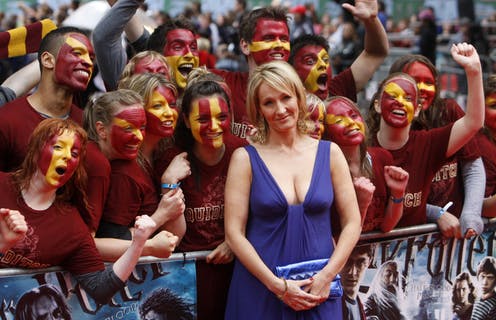