I enjoy a good biography.

They have the ability to give us a satisfying glimpse into a great person’s life, while also teaching us about the context in which that person lived.  In the world of biographies, you will find a mix of subjects, including important figures in literature, science, politics, history, art, and more.

Below I’ve listed a few of the best biographies out there. (I’ve tried to keep this list focused on biography only, so there is little in the way of memoir or autobiography.)

BARRACOON: THE STORY OF THE LAST “BLACK CARGO” 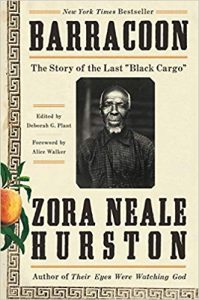 “In 1927, Zora Neale Hurston went to Plateau, Alabama, just outside Mobile, to interview eighty-six-year-old Cudjo Lewis. Of the millions of men, women, and children transported from Africa to America as slaves, Cudjo was then the only person alive to tell the story of this integral part of the nation’s history.”

THE IMMORTAL LIFE OF HENRIETTA LACKS 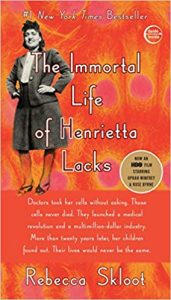 “Her name was Henrietta Lacks, but scientists know her as HeLa. She was a poor Southern tobacco farmer who worked the same land as her slave ancestors, yet her cells—taken without her knowledge—became one of the most important tools in medicine.”

THE MAYOR OF CASTRO STREET: THE LIFE AND TIMES OF HARVEY MILK 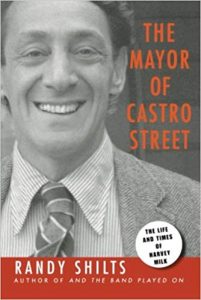 “The Mayor of Castro Street is Shilts’s acclaimed story of Harvey Milk, the man whose personal life, public career, and tragic assassination mirrored the dramatic and unprecedented emergence of the gay community in America during the 1970s.” 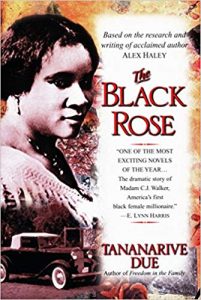 “Born to former slaves on a Louisiana plantation in 1867, Madam C.J. Walker rose from poverty and indignity to become America’s first black female millionaire, the head of a hugely successful beauty company, and a leading philanthropist in African American causes.”

NOTORIOUS RBG: THE LIFE AND TIMES OF RUTH BADER GINSBURG 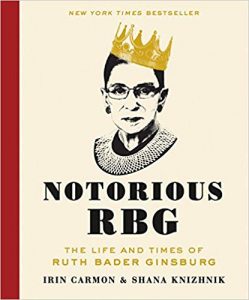 “Supreme Court Justice Ruth Bader Ginsburg never asked for fame she was just trying to make the world a little better and a little freer. But along the way, the feminist pioneer’s searing dissents and steely strength have inspired millions. [This book], created by the young lawyer who began the Internet sensation and an award-winning journalist, takes you behind the myth for an intimate, irreverent look at the justice’s life and work.”