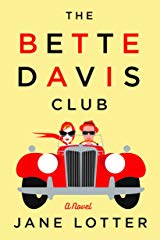 As told by the author’s daughter in the preface of this book, Jane Lotter self-published this story on Amazon and it was only after Jane passed away did a publishing house show interest in traditionally publishing her story.

This book is a really fun read for me.  There’s a little romance, a little mystery, and a lot of old-time Hollywood references.  Margo’s struggles are relatable, but the adventure she takes is extraordinary.  Traveling cross-country in a classic roadster with her niece’s jilted fiance – who could relate to THAT?

If you are looking for a fun summer read I’d recommend giving this book a spin!

About The Bette Davis Club:

The morning of her niece’s wedding, Margo Just drinks a double martini and contemplates the many mistakes she’s made in her fifty-odd years of life. Spending three decades in love with a wonderful but unattainable man is pretty high up on her list of missteps, as is a long line of unsuccessful love affairs accompanied by a seemingly endless supply of delicious cocktails.

When the young bride flees—taking with her a family heirloom and leaving behind six hundred bewildered guests—her mother offers Margo fifty grand to retrieve her spoiled brat of a daughter and the invaluable property she stole. So, together with the bride’s jilted and justifiably crabby fiancé, Margo sets out in a borrowed 1955 red MG on a cross-country chase. Along the way, none of what she discovers will be quite what she expected. But it might be exactly what she’s been seeking all along.

Jane Lotter was a Seattle-based writer and humorist whose work has appeared in national publications.  Her hilarious column, Jane Explains, ran in the Seattle Sun, winning several awards, including one from the Society of Professional Journalists.  Jane’s only novel, The Bette Davis Club, won first place in the Mainstream category in the Pacific Northwest Writers Association Literary Contest. 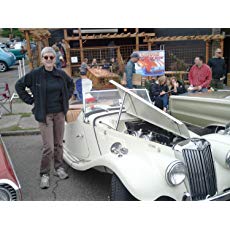