A Woman Of No Importance by Sonia Purnell

Book Review A Woman Of No Importance by Sonia Purnell 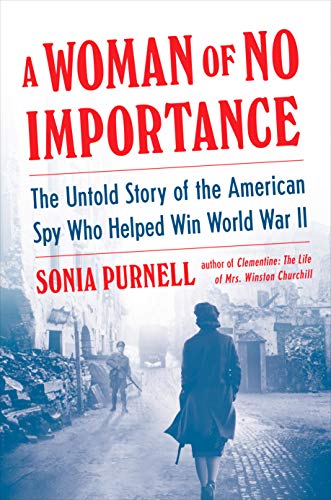 I’m not a fan of non-fiction, generally, but good biographies can peak my interest.  Especially if that biography is well-written and about a strong female figure – and this book absolutely falls into that category.

The story of Virginia Hall is really amazing.  Virginia defied her mother’s wishes for her to grow up and become a “society girl”, to marry rich and enhance the family fortune.  Instead, the strong-willed Virginia loved being outdoors and became an excellent shot.  Unfortunately, while crossing a fence with a rifle, she accidentally shot herself in the foot, resulting in the loss of her leg after a severe infection.  She is fitted with a prosthetic leg she nicknames “Cuthbert”.

You would think that Virginia would slow down her “wild ways” after such an accident, but she ended up becoming the first female Allied spy behind enemy lines in occupied France during World War II.  Using her gender and disability as part of her cover, she was able to accomplish more than most male spies ever could.  Her nerve and bravery in the face of the Gestapo hunting her is nothing short of amazing.

This story is excellently researched and well told.  Mr. Purnell describes covert operations and secret work as if you’re watching it on TV.  You nearly forget these events really happened to real people.

If you enjoy spy stories, and love a strong heroine, this book is for you. 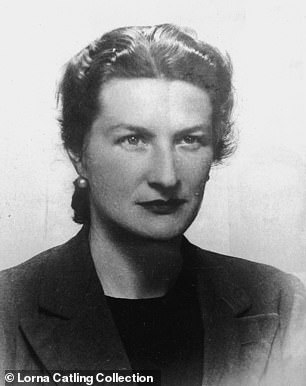 Back Cover Copy of  A Woman Of No Importance, The Untold Story of the American Spy Who Helped Win World War II:

In 1942, the Gestapo sent out an urgent transmission: “She is the most dangerous of all Allied spies. We must find and destroy her.”
The target in their sights was Virginia Hall, a Baltimore socialite who talked her way into Special Operations Executive, the spy organization dubbed Winston Churchill’s “Ministry of Ungentlemanly Warfare.” She became the first Allied woman deployed behind enemy lines and–despite her prosthetic leg–helped to light the flame of the French Resistance, revolutionizing secret warfare as we know it.
Virginia established vast spy networks throughout France, called weapons and explosives down from the skies, and became a linchpin for the Resistance. Even as her face covered wanted posters and a bounty was placed on her head, Virginia refused order after order to evacuate. She finally escaped through a death-defying hike over the Pyrenees into Spain, her cover blown. But she plunged back in, adamant that she had more lives to save, and led a victorious guerilla campaign, liberating swathes of France from the Nazis after D-Day.
Based on new and extensive research, Sonia Purnell has for the first time uncovered the full secret life of Virginia Hall–an astounding and inspiring story of heroism, spycraft, resistance, and personal triumph over shocking adversity. A Woman of No Importance is the breathtaking story of how one woman’s fierce persistence helped win the war.

Sonia Purnell is an acclaimed biographer, whose first book ‘Just Boris: A Tale of Blond Ambition‘ was long-listed for the Orwell prize and was variously described as ‘brilliant’ ‘rollicking’ and ‘devastating’.  Her new book – Clementine: The Life of Mrs Winston Churchill – has received fulsome praise on both sides of the Atlantic. Critics have hailed it as ‘admirable’, ‘engrossing’, ‘eye-opening’, ‘scrupulous’ ‘enthralling’ ‘compellingly readable’ and ‘full of surprises.’ Praise has been poured on this ground-breaking portrait of a flawed but formidable woman from such esteemed sources as Lynne Olson, the Wall Street Journal, Amanda Foreman, Miranda Seymour and Blanche Wiesen Cook. The Daily Telegraph has already named it as one of the best books of 2015. Members of the Churchill family have also given a warm welcome to a work that drew on a variety of new sources, as well as the considerable expertise and material of the Churchill Archives in Cambridge and the Imperial War Museum in London.
Sonia, known for her meticulous research and lively writing and speaking style, has recently completed a tour of several US cities to discuss her work, and plans to return soon.
The book is also published in the UK under the title, First Lady: The Life and Wars of Clementine Churchill.
Sonia, an experienced journalist and commentator, lives in London with her husband and two boys.