For this writing mechanism to be effective, readers must be able to discern more than one level of truth. While your narrator might be an unreliable source of information, it is absolutely essential that you, the writer, understand and eventually reveal the reality behind the misleading words. It is essential for readers to be able to recognize the narrator’s unreliability and the reality that is being hidden.

Sometimes the narrator’s unreliability is made immediately evident. For instance, a story may open with the narrator making a plainly false or delusional claim or admitting to being severely mentally ill. A more dramatic use of the device delays the revelation until near the story’s end. Such a twist ending forces readers to reconsider their point of view and experience of the story.

In fiction, as in life, an unreliable narrator is a character who cannot be trusted. Either from ignorance or self-interest, this narrator speaks with a bias, makes mistakes, or even lies. Part of the pleasure and challenge of these first-person stories is working out the truth and understanding why the narrator is not straightforward.

It also can be a tool a writer uses to create an aura of authenticity in his work. 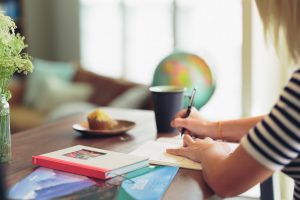 Many stories presented in the first-person point of view are told by a child or an outsider who believes he is telling the complete truth. The reader, though, quickly learns the narrator is not fully aware of the circumstances around them.  For example, the protagonist of J.D. Salinger’s “The Catcher in the Rye,” Holden Caulfield, or Scout, the narrator in Harper Lee’s “To Kill a Mockingbird.”

The unintentionally unreliable narrator invites the reader to think beyond the writing and to become an adult observer. What is really going on in Holden Caulfield’s life? Is he truly the only “non-phony” in a world of liars?  What is Scout really seeing when she describes the behavior of her teachers, classmates, and father?

This device gives the reader insight and perspective into how the narrator views the world. 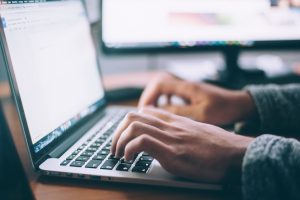 Some of the most interesting uses of intentionally unreliable narrators are in the mystery genre. This is most likely because he or she has something to hide.  Such stories are especially intriguing because when they are well done, the reader is completely unaware of the narrator’s true character.