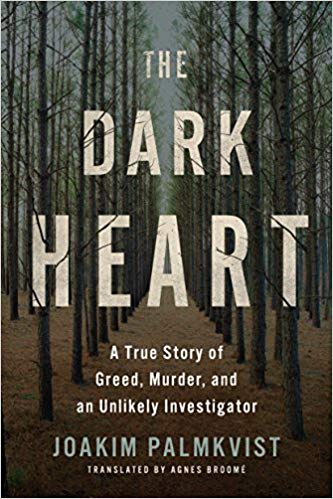 The Dark Heart‘s subtitle is “A True Story of Greed, Murder, and an Unlikely Investigator” – and that is exactly what it delivers.

Written by Swedish crime reporter Joakim Palmkvist, and translated by Agnes Broomé, this chilling true crime story is full of poisonous family secrets, a love gone very wrong, and a cold case that refused to stay buried.  Well written, and thoroughly enjoyable, I had a hard time putting it down.

The ‘unlikely investigator’ is Therese Tang, who is an ex-model who helped start her local chapter of Missing People Sweden.  The fact that a female outsmarted the local police and was able to crack a cold case the authorities had given up on is amazing.  It was a joy to read about a real-life heroine who is powerful, smart, and determined.

If you’re a fan of true crime and murder mysteries, then I’d recommend picking this one up.  It doesn’t disappoint.

Back Cover Copy of The Dark Heart:

In late summer of 2012, millionaire landowner Göran Lundblad went missing from his farm in Sweden. When a search yielded nothing, and all physical evidence had seemingly disappeared, authorities had little to go on—except a disturbing phone call five weeks later from Göran’s daughter Maria. She was sure that her sister, Sara, was somehow involved. At the heart of the alleged crime: Sara’s greed, her father’s land holdings, and his bitter feud with Sara’s idler boyfriend.

With no body, there was no crime—and the case went as cold and dark as the forests of southern Sweden. But not for Therese Tang. For two years, this case was her obsession.

A hard-working ex-model, mother of three, and Missing People investigator, Therese was willing to put her own safety at risk in order to uncover the truth. What she found was a nest of depraved secrets, lies, and betrayal. All she had to do now, in her relentless and dangerous pursuit of justice, was prove that it led to murder. 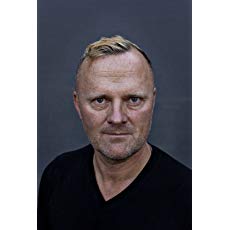 Joakim Palmkvist is one of Sweden’s most experienced and well-known crime reporters, educated in London, England. He has interviewed some of the country’s most notorious criminals, including serial killer Peter Mangs. Joakim Palmkvist was the first to get a public confession from the killer. Dressed in a bulletproof vest, he has come face-to-face with some of the country’s toughest criminals and lives under a protected identity after publishing accounts about the mafia and extremist groups on both the right and the left. His bestselling book Maffiakrig (2011) is a textbook for the Police Academy and also one of the most borrowed books among inmates at the high-security prison Kumla. Joakim Palmkvist lives in Malmö and, apart from his family, loves good food, veteran mopeds and empathic people.