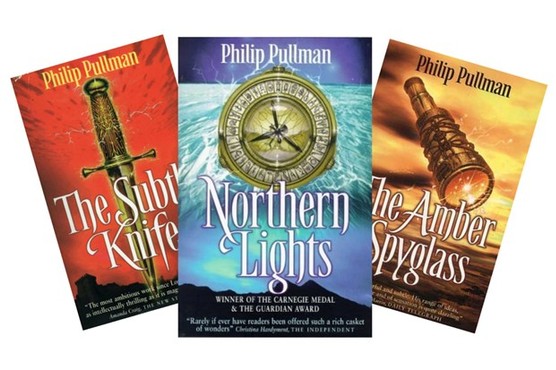 The wait is over for fans of Philip Pullman’s cult fantasy book series His Dark Materials to get a great on-screen adaptation!  The BBC adaptation of the first installment in the fantasy trilogy, starring James McAvoy, Ruth Wilson and Lin-Manuel Miranda premiered this Sunday.   The eight-part series will subsequently air every week until the latter half of December.

The sweeping trilogy of novels – Northern Lights, The Subtle Knife and The Amber Spyglass – are set (at first) in Oxford, but in a pre-industrial parallel universe, where people are constantly accompanied by ‘daemons’: a physical manifestation of a person’s soul, which takes the form of an animal (or, in children’s cases, multiple animals, before it settles into one shape).

12-year-old Lyra, whose daemon is called Pantalaimon, lives a happy existence running circles around the Jordan scholars, whom Lord Asriel, Lyra’s uncle, left her with as a baby.  Instead of studying, she spends most of her days playing with kitchen boy Roger and their Oxford friends.  Things abruptly change, however, when the glamorous Mrs. Coulter arrives at Jordan, offering to take Lyra away to live with her.

James McAvoy will star as Lord Asriel, with The Affair’s Ruth Wilson as the magnetic and dangerous Mrs. Coulter. Dafne Keen, a British and Spanish child actor best known for her role as Wolverine’s daughter in Marvel’s Logan, will play our hero, Lyra, an orphan who’s raised by the Master and scholars of a (fictional) Oxford college, Jordan.  Also joining the cast is Lin-Manuel Miranda, the Tony award-winning creator and star of musicals Hamilton and In the Heights as well as Mary Poppins Returns. Miranda will play balloonist and explorer Lee Scoresby. 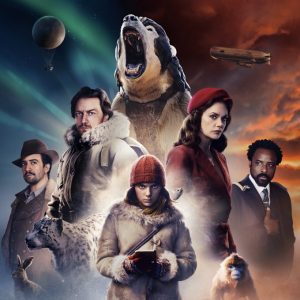 The first series will cover the events of Northern Lights, the first book in the His Dark Materials trilogy.  Filming took place predominantly in Cardiff at Wolf Studios Wales, with some production work on location amongst the dreaming spires of Oxford where the first installment of the book series begins.   Harry Potter and The Cursed Child writer Jack Thorne is on board as screenwriter, while The King’s Speech director Tom Hooper is helming the project.  Philip Pullman said he was “looking forward immensely to seeing how it looks.”

The second series will follow the events of sequel The Subtle Knife over another eight episodes, while the as-yet unconfirmed series three would adapt The Amber Spyglass over a potentially longer number of episodes.  The latest footage was uploaded by HBO months after the original trailer debuted at San Diego Comic-Con. It shows off all sorts of exciting moments from the book, including an extended look at Lin-Manuel Miranda’s Lee Scoresby and Ruth Wilson’s Mrs. Coulter.

If you’re watching the series, or have already read the books, post a comment with your thoughts below!