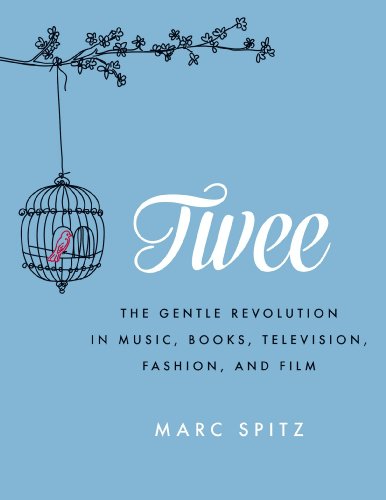 According to author Marc Spitz, “Twee, the aesthetic, is born during and just after World War Two. Its key figures saw combat and cruelty and destruction. They were scarred by it but not broken. They responded with creativity and sometimes whimsy. I’m speaking of Disney, who was overseas during World War One and made films to rally the troops during the Second World War. So did Theodore Geisel aka Dr. Seuss. And Salinger, maybe the most influential Twee figure, who was a solider and saw the horrors of both combat and the camps and later suffered a nervous breakdown. These are the godfathers of the movement, the ones who responded to horror and pain with creativity.”

I had never heard about Twee before stumbling upon this book, so, like you, I’m excited to know more!

Back Cover Copy of Twee:

In Twee, journalist and cultural observer Marc Spitz surveys the rising Twee movement in music, art, film, fashion, food and politics and examines the cross-pollinated generation that embodies it—from aging hipsters to nerd girls, indie snobs to idealistic industrialists. Spitz outlines the history of twee—the first strong, diverse, and wildly influential youth movement since Punk in the ’70s and Hip Hop in the ’80s—showing how awkward glamour and fierce independence has become part of the zeitgeist.

Focusing on its origins and hallmarks, he charts the rise of this trend from its forefathers like Disney, Salinger, Plath, Seuss, Sendak, Blume and Jonathan Richman to its underground roots in the post-punk United Kingdom, through the late’80s and early ’90s of K Records, Whit Stillman, Nirvana, Wes Anderson, Pitchfork, This American Life, and Belle and Sebastian, to the current (and sometimes polarizing) appeal of Girls, Arcade Fire, Rookie magazine, and hellogiggles.com.

Revealing a movement defined by passionate fandom, bespoke tastes, a rebellious lack of irony or swagger, the championing of the underdog, and the vanquishing of bullies, Spitz uncovers the secrets of modern youth culture: how Twee became pervasive, why it has so many haters and where, in a post-Portlandia world, can it go from here? 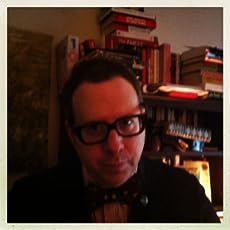 Marc Spitz is the author of the novels, How Soon Is Never and Too Much, Too Late and the biographies We Got the Neutron Bomb: The Untold Story of LA Punk (with Brendan Mullen), Nobody Likes You: Inside the Turbulent Life, Times and Music of Green Day, Bowie: A Biography and Jagger: Rebel, Rock Star, Rambler, Rogue, as well as Poseur: A Memoir of Downtown Manhattan in the 90s and Twee: The Gentle Revolution in Music, Books, Television, Fashion and Film . His writing has appeared in Spin, The New York Times, Uncut Magazine in the U.K, New York, Maxim, Nylon, and Vanity Fair.