Satire is simply the use of humor, irony, exaggeration, or ridicule to expose and criticize people’s stupidity or vices, particularly in the context of contemporary politics and other topical issues.

Satires, in the most basic definition, are works making fun of some sort of person or institution. Political satires, such as A Confederacy of Dunces by John Kennedy Toole, are quite popular works. 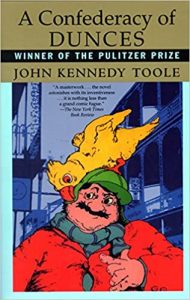 Generally, they are written to make fun of something, but that does not mean that it has to be a hysterical type of humor. The humor might be rather dark, and quite a number of times, it certainly is.

So, what’s the difference between satire and irony??

Satire and irony are interlinked. Irony is the difference between what is said or done, and what is actually meant. Therefore, writers frequently employ satire to point at the dishonesty and silliness of individuals and society, and criticize them by ridiculing them.

Let’s look at an example:

“…that for above seventy Moons past there have been two struggling Parties in this Empire, under the Names of Tramecksan and Slamecksan from the high and low Heels on their shoes, by which they distinguish themselves.” 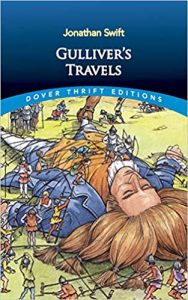 During Swift’s times, two rival political parties, the Whigs and the Tories, dominated the English political scene. Similarly, “The Kingdom of Lilliput” is dominated by two parties distinguished by the size of the heels of their boots. By the trivial disputes between the two Lilliputian parties, Swift satirizes the minor disputes of the two English parties of his period.

Satire can be found in many artistic forms of expression besides literature – including internet memes, plays, commentary, television shows, and media such as lyrics.

What is your favorite satirical work?