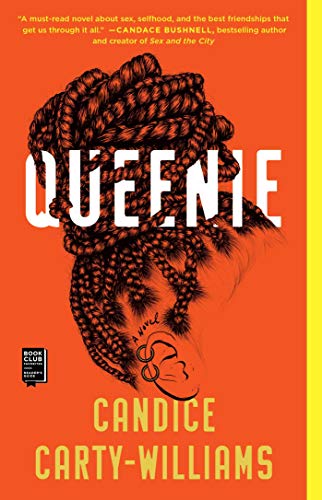 The British Book Awards was held virtually on June 29th.  The Overall Book Of The Year went to Queenie by Candice Carty-Williams.

From the British Book Awards website: The final panel of judges crowned the winner of Début Book of the Year, Queenie, as The British Book Awards’ Overall Book of the Year. They felt it was clear that Candice Carty-Williams’ first novel has established her as a brand name that readers will return to again and again. Judges described the novel as “an extremely readable, funny, thoughtful piece of contemporary literature”. What also helped swing it Queenie’s way, however, was the passion from the publisher and the author for the campaign. Judges felt that Carty-Williams worked “tirelessly” to promote the title, while Trapeze used a grassroots campaign and five different covers to turn the publication into “a cultural event in every way”. The judges for the Overall award were Stig Abell, editor and publisher of the Times Literary Supplement; former MP Luciana Berger; Pandora Sykes, journalist, author and co-host of “The High Low” podcast; and Jasper Sutcliffe, head of buying at Foyles. The discussion was chaired by The Bookseller’s books editor, Alice O’Keeffe. The quintet felt Queenie “permeated to a deeper level” and established Carty-Williams as a “brand”, a “literary writer” and someone who “is changing publishing for the better”.

Back Cover Copy of Queenie:

Queenie Jenkins is a twenty-five-year-old Jamaican British woman living in London, straddling two cultures and slotting neatly into neither. She works at a national newspaper, where she’s constantly forced to compare herself to her white middle class peers. After a messy break up from her long-term white boyfriend, Queenie seeks comfort in all the wrong places…including several hazardous men who do a good job of occupying brain space and a bad job of affirming self-worth.

As Queenie careens from one questionable decision to another, she finds herself wondering, “What are you doing? Why are you doing it? Who do you want to be?”—all of the questions today’s woman must face in a world trying to answer them for her. 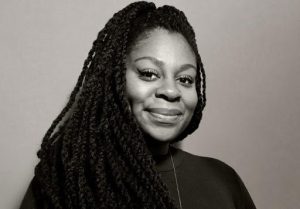 Candice Carty-Williams is a senior marketing executive at Vintage. In 2016, she created and launched the Guardian and 4th Estate BAME Short Story Prize, which aims to find, champion, and celebrate underrepresented writers. She contributes regularly to i-D, Refinery29, BEAT Magazine, and more, and her pieces, especially those about blackness, sex, and identity, have been shared globally. Queenie is her first novel. Follow her on Twitter and Instagram @CandiceC_W.