Book Review: A Drop of Midnight: A Memoir by Jason Diakité

Book Review Book Review: A Drop of Midnight: A Memoir by Jason Diakité 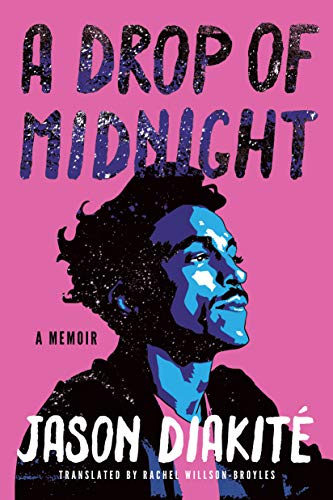 World-renowned hip-hop artist Jason “Timbuktu” Diakité’s vivid and intimate journey through his own and his family’s history—from South Carolina slavery to twenty-first-century Sweden.

This amazing book isn’t just a story of a vacation road trip – it’s literally a peek into the life of someone who feels as though he doesn’t belong anywhere.  He isn’t black, he isn’t white, he isn’t Swedish, he isn’t American.  The writing is so amazing that you absolutely feel what Jason is feeling, and reading this book gives you an intimate look into the thoughts and feelings of someone trying to find their place in the world while most of the world rejects him for his skin color.

Sad and happy and moving and revolutionary – I recommend this book to everyone.

Back Cover Copy of A Drop Of Midnight:

Born to interracial American parents in Sweden, Jason Diakité grew up between worlds—part Swedish, American, black, white, Cherokee, Slovak, and German, riding a delicate cultural and racial divide. It was a no-man’s-land that left him in constant search of self. Even after his hip-hop career took off, Jason fought to unify a complex system of family roots that branched across continents, ethnicities, classes, colors, and eras to find a sense of belonging.

In A Drop of Midnight, Jason draws on conversations with his parents, personal experiences, long-lost letters, and pilgrimages to South Carolina and New York to paint a vivid picture of race, discrimination, family, and ambition. His ancestors’ origins as slaves in the antebellum South, his parents’ struggles as an interracial couple, and his own world-expanding connection to hip-hop helped him fashion a strong black identity in Sweden.

What unfolds in Jason’s remarkable voyage of discovery is a complex and unflinching look at not only his own history but also that of generations affected by the trauma of the African diaspora, then and now. 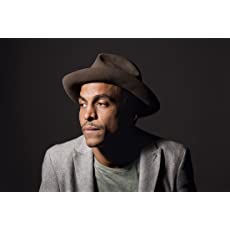 Jason “Timbuktu” Diakité is one of Sweden’s most well-known hip-hop artists. Born in Lund to American parents—an African American dad and a white mom—he has released eight solo albums and numerous singles, the majority of which have reached gold or platinum status. His accolades include eight Swedish Grammy awards and four P3 Guld (Swedish radio) awards. He has performed all over the world, from Africa to Svalbard, from the Apollo in New York City to the Roxy in Los Angeles and at the Polar Music Prize and Nobel Peace Prize award ceremonies. Jason is the author of the critically acclaimed memoir A Drop of Midnight, which has sold more than one hundred thousand copies in Sweden and was adapted by the author into a stage performance in 2017. For more information, visit www.timbuk.nu.

Rachel Willson-Broyles is a freelance translator based in Saint Paul, Minnesota. She received her BA from Gustavus Adolphus College and her PhD from the University of Wisconsin–Madison. Her other translations include Malin Persson Giolito’s novel Quicksand; Jonas Jonasson’s novels The Girl Who Saved the King of Sweden and The Accidental Further Adventures of the Hundred-Year-Old Man; and Jonas Hassen Khemiri’s novels Montecore and Everything I Don’t Remember, as well as Khemiri’s stage plays Invasion! and I Call My Brothers.