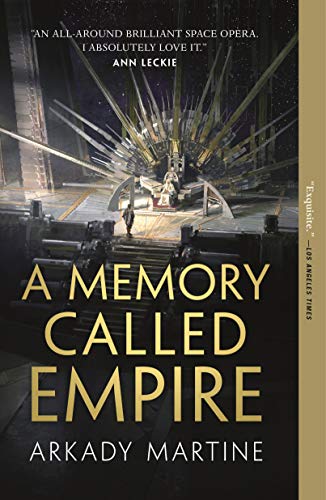 The Winner of The Hugo Awards for excellence in the field of science fiction and fantasy was announced earlier this month.  The big winner was A Memory Called Empire (Teixcalaan Book 1) by Arkady Martine.

This book is also a Locus and Nebula Award nominee for 2019, a Best Book of 2019: Library Journal, Polygon, Den of Geek, an NPR Favorite Book of 2019, a Guardian Best Science Fiction and Fantasy Book of 2019 and “Not the Booker Prize” Nominee, and a Goodreads Biggest SFF Book of 2019 and Goodreads Choice Awards Nominee.   This interstellar mystery adventure has garnered praise from almost everywhere!

Coming soon is the sequel, A Desolation Called Peace.

Back Cover Copy of A Memory Called Empire:

Ambassador Mahit Dzmare arrives in the center of the multi-system Teixcalaanli Empire only to discover that her predecessor, the previous ambassador from their small but fiercely independent mining Station, has died. But no one will admit that his death wasn’t an accident—or that Mahit might be next to die, during a time of political instability in the highest echelons of the imperial court.

Now, Mahit must discover who is behind the murder, rescue herself, and save her Station from Teixcalaan’s unceasing expansion—all while navigating an alien culture that is all too seductive, engaging in intrigues of her own, and hiding a deadly technological secret—one that might spell the end of her Station and her way of life—or rescue it from annihilation. 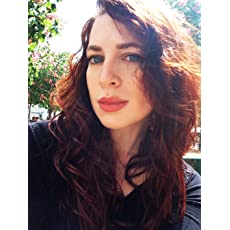 Arkady Martine is a speculative fiction writer and, as Dr. AnnaLinden Weller, a historian of the Byzantine Empire and a city planner. Under both names she writes about border politics, rhetoric, propaganda, and the edges of the world. Arkady grew up in New York City and, after some time in Turkey, Canada, and Sweden, lives in Baltimore with her wife, Vivian Shaw. Find her online at arkadymartine.net or on Twitter as @ArkadyMartine.