WWOPR? – What Would Olivia Pope Read? 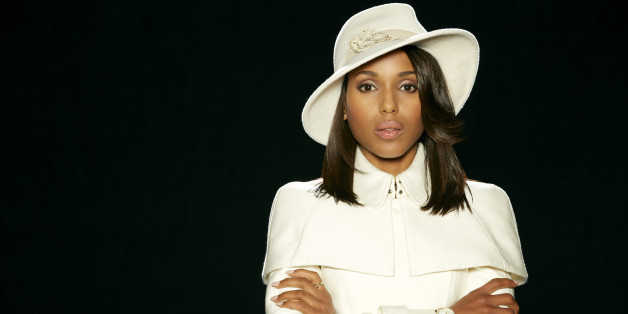 I’m not sure there’s any female around my age that doesn’t love at least one of Shonda Rhimes television shows.  How To Get Away With Murder, Scandal, and Grey’s Anatomy are staples in most households on Thursday night.   I am thrilled that these shows do so well because each has a lead character that is a highly intelligent women.  So while I watch TV and think about reading, I wonder what would my favorite characters would read.
Of all the characters Ms. Rhimes has created, I love Olivia Pope the most.  Smart, beautiful, mysterious, and neither good nor bad (she’s both, really, so we’ll call her ‘human’) – she’s SO easy to love.   Plus, she’s based on a real woman!
Then there’s her fashion!  Kerry Washington looks good even when her character is taken prisoner! (No lie!)

We all know she loves her wine and her Stevie Wonder albums, but below is my rundown of three books that are potentially on Olivia’s book shelf:
The Chemist, by Stephanie Meyer
In this gripping page-turner from the author of Twilight, an ex-agent on the run from her former employers must take one more case to clear her name and save her life.
Nemesis, by Catherine Coulter
In New York, Special Agent Lacey Sherlock foils a terrorist attack at JFK airport, but stopping the grenade-carrying crazy is only the beginning.
Madam President, by Nicholle Wallace
Charlotte Kramer, the 45th President of the United States (oh don’t we wish), has done the unprecedented in allowing a network news team to document a day in her life—and that of her most senior staff.  But while twenty news cameras are embedded with the president, the unthinkable happens: five major attacks are leveled on US soil.
Have another pick for Olivia?  Or maybe one for Annalise Keating?  Share your thoughts with me!