The 5 Elements Of Plot Conflict

Writing Craft Elements of Writing The 5 Elements Of Plot Conflict

Along with Character Development, Writing Styles, and Length, Conflict is a necessary element to every story.  Plot is often defined by the conflict of the story – either internal (emotions, such as which love interest to pick, for example) or external, (a shadowy man is following your detective down a dark alley,) and the best conflicts (or plots) are both original and interesting.

Let’s dig deeper and look at the elements of conflict. 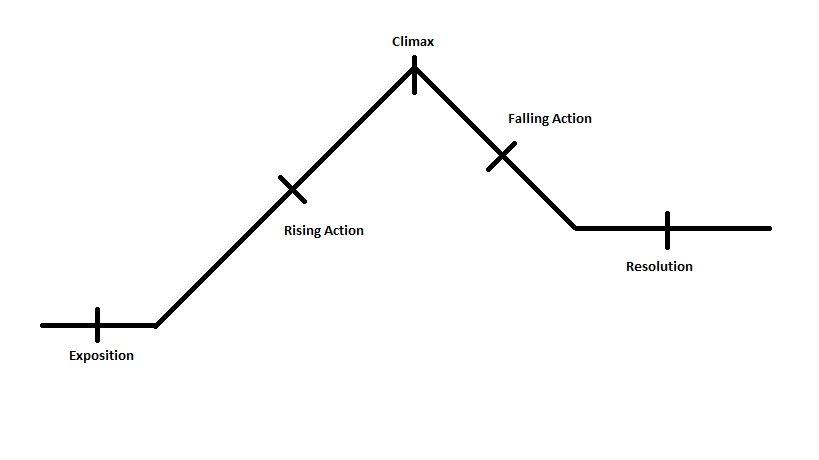 Taking place within the first third of a story, novel or script, the rising action is also the part of the work where the problem or conflict central to the plot is truly introduced. The main characters have been established and events begin to get complicated for them. They may take actions against the conflict though it will probably not be solved yet. This element of the plot is where excitement, tension and crisis are encountered.

The climax is the turning point of a story, novel or script. It is the moment where it seems like the main character is in danger or could even possibly fail at resolving the conflict. Depending on the kind of conflict being faced (man vs. man, man vs. self, etc.) the actions at this point in the work can be either physical or mental.

Taking place after the climax, the falling action includes events that will help to fully resolve the conflict. The results of actions that the main character has taken are presented as well as the results of decisions that have been made, whether good or bad for the character.

The end of a story, novel or script includes the last plot element — the resolution. It is here that loose ends are tied up, conflicts are concluded, outcomes are revealed and a happy or sad ending takes place. As many of the final actions have already taken place, a resolution can be made up of a just a summary of where the main character will end up in the future, instead of including any more active events.