The German novelist and critic of the nineteenth century, Gustav Freytag, observed the similarity of plots so he created a pictorial tool to visually illustrate dramatic structure. This is what most novelists refer to as Freytag’s Pyramid. Freytag constructed a pattern in the form of a pyramid to analyze the plot structure of stories, but today, Freytag’s pyramid is used to analyze not only dramatic structures but also short stories, novels, plays, screenplays and narrative poems. 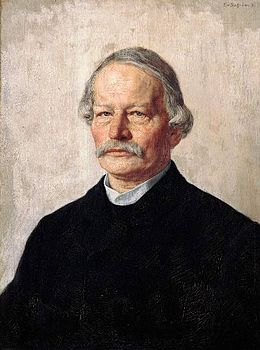 In 350 BC, the Greek philosopher Aristotle wrote in his book Poetics that the unified plot structure of a drama is formed like a basic triangle. The lowest left termed by the Greeks as protasis is the introduction; the highest –middle or epitasis contains the crisis and the lowest right called catastrophe has the resolution of the conflict. Freytag’s Pyramid is a modification of Aristotle’s structure where he transformed the triangle into a pyramid and added two other levels, the first is the rising action (or complication) placed between the lowest left and the highest middle and the second is the falling action placed between the highest middle and the lowest right end.

Let’s look at each one individually:

The exposition/introduction presents the setting (time and place), characters (protagonist – hero/heroine, antagonist – villain), and the basic conflict; it also establishes the mood or atmosphere of the story. The first dramatic arc enables the reader to know more about the circumstances and the relationship of the characters with each other. Then an exciting event happens leading to the conflict which impels the story to move forward. In the drama, the exposition starts in the first paragraph as Act I/ Scene 1; the circumstances may be stated in a narration. In the pyramid, arc 1 is at the lowest left part.

Rising action is the second arc where the basic conflict is brewing and the reader is beginning to feel the rising tension associated with this conflict. At this juncture, the basic conflict is further complicated by the introduction of obstacles frustrating the protagonist and other characters to reach their objectives. Secondary conflicts are probably coming from the antagonist, or adversaries, of lesser importance. In a dramatic structure, rising action is another act/scene and punctuated to be distinct from the climax. In the pyramid, rising action is located in the middle left portion just above the exposition and below the climax.

The climax is the turning point and this third arc effects a change either for the better or for the worse in the protagonist’s situation. In a comedy, the protagonist positively faces his obstacles and there is a great chance that things will turn out well; but in a tragedy, the conflict of the protagonist is worsening which will ultimately turn disastrous for him. The climax is the beginning of another act/scene and punctuated to separate it from the rising and falling action. It occupies the highest point in the pyramid.

A reversal happens in this fourth arc where the conflict between the protagonist and the antagonist is beginning to resolve. The protagonist either wins or loses to the antagonist. There are unexpected incidents which make the final outcome suspenseful. The falling action designates that the main action (the climax) is over and the story is heading towards the end. This fourth arc is located at the middle right side of the triangle just below the climax and above the conclusion. It appears as a separate act/scene and is distinct from the other arcs.

The conclusion is the end of the story which is sometimes called dénouement, resolution, or catastrophe. If at the end of the story the protagonist achieves his goal, the story is a comedy; however, if the protagonist fails, the story is a tragedy. After conflicts are resolved, the characters resume their normal lives. The conclusion makes way for the catharsis – an event or events allowing the tension or anxiety to loosen. The denouement is an event that happened before or after the conclusion or is simply explained as untying the complexities of the plot. The conclusion is found at the lowest right side of the pyramid following the falling action. It is the beginning of another act/scene and punctuated as distinct from the other parts of the dramatic structure.

Sometimes, modern works do not have a dénouement for endings that are abrupt. In the novels, Harry Potter and the Deathly Hallows(2007) and The Return of the King (1955), the denouement are quite long as they reveal what happens to the protagonists after the story’s conclusion.

Take a look at this example: 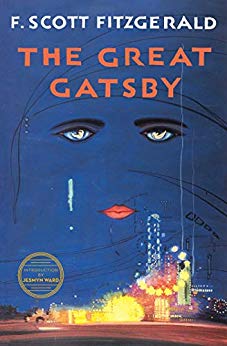 1. Exposition: Nick is introduced to the reader as a resident in the summer house. New characters are introduced: Tom, Daisy and Jordan whom Nick met at the first party he was invited. The atmosphere or mood is established.

2. Rising Action: Many events started heightening the action. Nick got to know Gatsby and was fascinated by his lifestyle. Nick heard unsavory rumors about Gatsby that he was able to clarify through Gatsby and his friend Mr. Wolfsheim. During the party, a car crushed outside which was an omen of dark things to happen. Nick learned that Mr. Wolfsheim is a gambler and fixer of the World Series and that Gatsby is involved in illegal business. Tom’s affair with Myrtle, a girl who came from the Valley of the Ashes, brought up more complications. During the party, Gatsby reconciled with his lover Daisy after five years of separation.

3. Climax: This is the turning point in the novel. During the heat of summer, a fight ensued in the hotel between Tom and Gatsby over their relationship with Daisy. Daisy, disgusted with the behavior of the men left the hotel and was followed by Gatsby.

4. Falling Action: Daisy, in confusion over the brawl of the two men in her life drove her car recklessly. Myrtle, who thought it was Tom driving the car, suddenly appeared. Daisy hit her and Myrtle died on the spot.

5. Resolution: Gatsby waited for Daisy as he feared for her safety. Tom and George were upset but the latter planned to seek revenge. Tom and Daisy left town. Gatsby told Nick that Daisy killed Myrtle accidentally but he was taking the blame. George killed Gatsby and then himself.

Denouement: Gatsby is dead and George was called a “mad killer.” Nick was greatly affected and called on all the people who knew Gatsby. He met Gatsby’s father Henry who attended the funeral, but Mr. Wolfsheim refused to come. Nick realized that only very few people cared to attend the funeral of the great Gatsby.