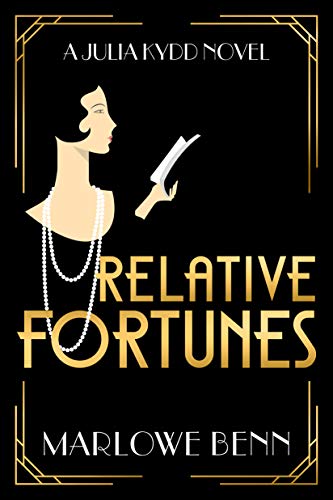 Paralleling the fight for women’s rights today, this book set in the 1920s perfectly demonstrates how far we’ve come – and how far we have yet to go.

Julia Kydd is out of money and must wait for her half-brother to return to NYC to meet and finalize the trust that holds her fortune.  She wants to use the money to start a press/publishing company.  She runs into her friend Glennis Rankin who went to private school with her in their younger years, after meeting with bankers regarding her father’s trust. She’s been in London for the last 5 years and was called back to NYC to settle the trust. Phillip acts cold towards Julia and states that the money in her mother’s family is enough for her to live on.

Glennis and Julia go to a dull party thrown by Glennis’ sister, Vivian Winterjay where a medium named Madame Sosostis holds a séance where she sees Vivian and Glennis’ sister, Naomi, has died.  Glennis calls her brother Chester to check on Naomi – who lives in his basement – and Naomi is in fact found dead.  Glennis believes Chester had killed Naomi, or at least had something to do with her death.

Glennis goads Julia into coming to Naomi’s memorial for moral support.  There appears to be no love lost towards Naomi as nothing nice is said about her during the memorial.  Attending the memorial, and appearing to suffer the loss more than the rest of the Rankins, is Alice Clintock.  Naomi’s best friend, roommate, and fellow feminist suffragette.

Naomi and her sister Vivian were political opposites in that Vivian was on the “other side” believing that women are meant to stay at home, support their husbands, and raise the children.

Chester and the old physician Dr. Perry come to the conclusion that Naomi committed suicide due to the fact an empty bottle of morphine is found in her lap, and some pills are still stuck to her lips. No note is found explaining why she would take her life.  Glennis is prone to histrionics and tends to be dramatic, so she insists Chester stole the note to hide his guilt in how he treated Naomi.

Chester moved Naomi into the basement maid’s quarters of the Rankin house after their parents passed away and he took control of their money.  The sisters could only inherit through a husband, and Naomi refused to be married.  Chester would only give Naomi a small allowance from her own money.

Glennis, who is the youngest and now searching for a husband herself, feels the powerlessness that Naomi felt because Chester controls her money also.  This fuels her notion that Chester had something to do with Naomi’s death and wishes to prove what really happened.  Glennis worries that standing up to Chester and asking questions about what really happened that night may make her Chester’s next target.  She fears Chester may cut off her money, or possibly kill her also.

To take her mind off her own money issues, Julia agrees to help uncover what really happened the night Naomi Rankin died by saying, “I’ll help.  He can’t cut me off!”   Where this adventure leads might be dangerous, but to find a murderer, she must do what she can.

In discussing the case with her half-brother, Phillip recommends that that trick to solving cases lies in the motive – as in, who most wanted Naomi Rankin dead.

“The psychological” Phillip said.  “Subtle aspects of the crime’s nature and execution – its distinctive signature, if you will.  Determine that and you need merely find the person who matches it.  Everything else is for convincing juries.”

Finding out if Naomi was murdered and by whom is only half this story.  The relationship between Julia and her estranged half-brother is where the true heart of this novel sings.  I’ve deliberately left out most of the setup for that storyline on purpose – so you can experience it for yourself.

If you enjoy an adventurous “who-done-it” with a strong, smart, talented, and well-spoken female protagonist, this book is definitely for you.  I adored reading this book, and can’t wait to read what Julia is up to in book number 2, Passing Fancies, out June 2, 2020!

Back Cover Copy of Relative Fortunes:

In 1920s New York, the price of a woman’s independence can be exorbitant—even fatal.

In 1924 Manhattan, women’s suffrage is old news. For sophisticated booklover Julia Kydd, life’s too short for politics. With her cropped hair and penchant for independent living, Julia wants only to launch her own new private press. But as a woman, Julia must fight for what’s hers—including the inheritance her estranged half brother, Philip, has challenged, putting her aspirations in jeopardy.

When her friend’s sister, Naomi Rankin, dies suddenly of an apparent suicide, Julia is shocked at the wealthy family’s indifference toward the ardent suffragist’s death. Naomi chose poverty and hardship over a submissive marriage and a husband’s control of her money. Now, her death suggests the struggle was more than she could bear.

Julia, however, is skeptical. Doubtful of her suspicions, Philip proposes a glib wager: if Julia can prove Naomi was in fact murdered, he’ll drop his claims to her wealth. Julia soon discovers Naomi’s life was as turbulent and enigmatic as her death. And as she gets closer to the truth, Julia sees there’s much more at stake than her inheritance… 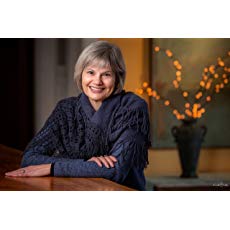