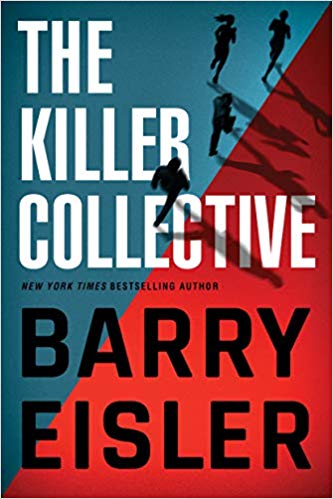 Described as “A fast-paced, page-turning novel of betrayal, vengeance, and depraved secrets in high places” this book  has a 4.3 star rating on Amazon and a 4.7 rating on Goodreads.  Fans of Eisler’s novels will be sure to love this one, too.

Back Cover Copy of The Killer Collective:

When a joint FBI–Seattle Police investigation of an international child pornography ring gets too close to certain powerful people, sex-crimes detective Livia Lone becomes the target of a hit that barely goes awry—a hit that had been offered to John Rain, a retired specialist in “natural causes.”

Suspecting the FBI itself was behind the attack, Livia reaches out to former Marine sniper Dox. Together, they assemble an ad hoc group to identify and neutralize the threat. There’s Rain. Rain’s estranged lover, Mossad agent and honeytrap specialist Delilah. And black ops soldiers Ben Treven and Daniel Larison, along with their former commander, SpecOps legend Colonel Scot “Hort” Horton.

Moving from Japan to Seattle to DC to Paris, the group fights a series of interlocking conspiracies, each edging closer and closer to the highest levels of the US government.

With uncertain loyalties, conflicting agendas, and smoldering romantic entanglements, these operators will have a hard time forming a team. But in a match as uneven as this one, a collective of killers might be even better. 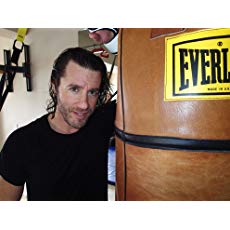 I’ve been blessed with a variety of interesting jobs: a covert position with the CIA’s Directorate of Operations (now called the National Clandestine Service); attorney in an international law firm; in-house counsel at the Osaka headquarters of Panasonic; executive in a Silicon Valley technology startup.

But the best job by far has been novel writing, and who’d have guessed that my agency training, my time as a lawyer, my experiences in Japan, and a background in martial arts would form a good background for political thrillers? I get a lot of my material from actual US government craziness (assassinations, torture, indefinite imprisonment, bulk surveillance…you know, everything needed these days to to Keep Us Safe). As I like to say, what’s bad for America is good for thriller writers.

A lot of what I’ve speculated about turns out to be true: the kill list, or “International Terrorist Threat Matrix,” I introduced in 2004 in Winner Take All, for example, came to light in 2012 and 2013 as the “Disposition Matrix,” courtesy of the Obama administration. The safety shortcomings of Japanese nuclear reactors I described in 2003 in A Lonely Resurrection were documented following the 2011 Fukushima catastrophe. And the pacemaker hack that kicked off my first book–A Clean Kill in Tokyo, in 2002–turns out to have been a real concern of Dick Cheney’s, as revealed in his memoirs (it also turned up in the second season of Homeland).

The books have won a bunch of awards and made various “Best of” lists, which is nice. If you want to follow what I’m up to beyond the books, Twitter’s a good bet–@barryeisler. And then there’s Facebook; the mailing list you can find on my website; and my blog, The Heart of the Matter.