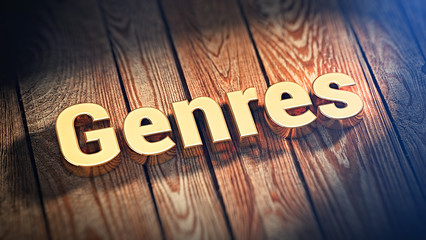 While Tolkien’s style of high, epic fantasy may be the most well-known subgenre of fantasy, it’s by no means the only one available to writers and readers.

There are so many subgenres within fantasy, it’s easy to get confused. Not only that, many of them overlap, with some having very fine lines with which to differentiate.

The traditionally popular forms of fantasy tend to fall into four main areas (with a good deal of overlap): high fantasy, epic fantasy, heroic fantasy, and finally, sword and sorcery. But what are the differences between these closely related subgenres?

Many of these traditional forms take a rather black and white view of good and evil with fairly moralistic, do-gooder protagonists. More recently, however, the subgenres of fantasy have increased exponentially. There’s been a lot of focus shifting to the morally ambiguous and gritty realities being brought into fantastical settings. 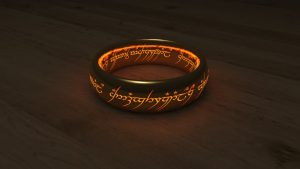 In many instances, you will see the ‘brand’ of fantasy made popular (though around for a long, long time prior – think back to Beowulf or even The Illiad) by Tolkien referred to interchangeably as either high fantasy or epic fantasy. But are these two terms really interchangeable? They certainly can – and often do – go hand in hand, but I’m of the opinion that they are actually distinct subgenres in their own right. So… what’s the difference?

Epic fantasy is relatively self-explanatory in that it deals with the scope and scale of the story. Something is of epic scale if it threatens an entire world or universe. Epic stories don’t just involve a village, city, or even country, they are far more wide-reaching and are filled to the brim with so many characters you may need to keep a list of them to hand. To accompany this epic plot, you often have a novel of epic length. You know the kind… where they could double as weights or door stops in a violent storm. Epic stories also tend to have fairly black and white ideas of good and evil/light and dark. Think Jedi versus Sith, everyone in Middle Earth that’s not under Sauron’s control, or Belgarion’s questing party against Torak in The Belgariad. This genre also tends to include magic in some guise as well as characters on a quest, but these are elements they also tend to share with the high fantasy subgenre.

High fantasy is set apart mostly by its tendency to focus on characters rather than an epic scale of the events. The world tends to have very specific, well-defined magic rules. While epic fantasy also often involves a kind of quest, the quest of one – or a few – protagonist takes center stage in a high fantasy piece. The choices made by the individuals are what matter most. An easy way to picture this difference is to look at The Illiad, with its tremendous cast of characters and major war as an epic fantasy, with its counterpart, The Odyssey, focusing on the journey and accomplishments of one man as high fantasy. 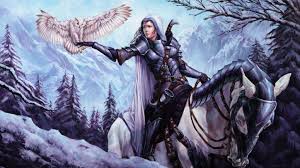 Two common subgenres that are also often lumped together are “heroic fantasy” and “sword and sorcery”. To further confuse matters, both of these ‘subgenres’ are sometimes referred to as ‘sub-subgenres’, easily falling within high, epic, and other fantasy genres. Heroic fantasy stories are action-adventure stories with one main hero (and potentially a supporting cast to help the hero along). The genre tends to fit somewhere between high and low fantasy, being neither too grand in scale nor entirely solely focused on the character’s own personal goals. Most importantly, heroic fantasy must be heroic – in the sense that the hero’s goals are moral. The hero is not weighed down by too many character flaws, tends to be self-sacrificing, and only succeeds after much hard work. 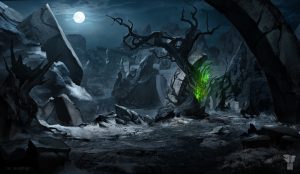 High, epic, heroic, and sword and sorcery are just a few of the many fantasy subgenres lining the fantasy shelves of your local bookstore. Other alternative subgenres include (non-exclusively) dark fantasy, steampunk, erotic, paranormal, romance, mythic, alternate history, sword and sandals, sword and planet, grim, dark, and urban fantasy. Many of these subgenres germinated as a kind of backlash against the traditional fantasy novels of writers like Tolkien. Instead of featuring tales full of moral high-ground, optimism, and traditional mythically-inspired character types, many of the newer genres have a darker side, concerned with more gritty realistic aspects of their fantastical setting.

With all these different subgenres within fantasy, I find it frustrating when people dismiss the entire genre of fantasy. Do they really dislike the entire genre or have they only tried one subgenre? There’s a lot more to fantasy than wizards or elves, magic wielders or sword-carrying barbarians. If you’ve never delved further into the subgenres of fantasy, perhaps now’s the time to make the effort.