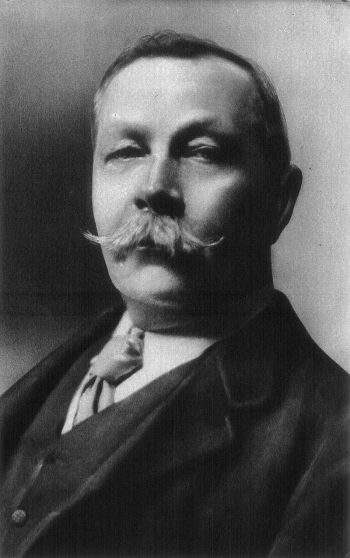 Sir Arthur Ignatius Conan Doyle, Knight of Grace of the Order of St. John, and Deputy Lieutenant was born on 22 May 1859 and died 7 July 1930.  He was a British writer as well as a medical doctor and justice advocate.

He is best known for creating the character of Sherlock Holmes in 1887 when he published A Study in Scarlet, the first of four novels and more than fifty short stories about Holmes and Dr. Watson.

The creation of the Sherlock Holmes stories are generally considered milestones in the field of crime fiction. 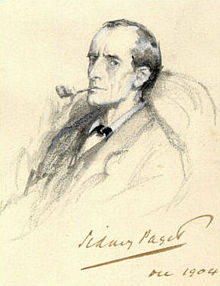 Regarding Doyle’s advocacy of justice, he personally investigated two closed cases, which led to two men being exonerated of the crimes of which they were accused. The first case, in 1906, involved a shy half-British, half-Indian lawyer named George Edalji who had allegedly penned threatening letters and mutilated animals in Great Wyrley. Police were set on Edalji’s conviction, even though the mutilations continued after their suspect was jailed. Apart from helping George Edalji, Doyle’s work helped establish a way to correct other miscarriages of justice, as it was partially as a result of this case that the Court of Criminal Appeal was established in 1907.

The story of Doyle and Edalji was dramatised in an episode of the 1972 BBC television series, The Edwardians. In Nicholas Meyer’s pastiche The West End Horror (1976), Holmes manages to help clear the name of a shy Parsi Indian character wronged by the English justice system. Edalji was of Parsi heritage on his father’s side. The story was fictionalised in Julian Barnes’s 2005 novel Arthur and George, which was adapted into a three-part drama by ITV in 2015.

The second case, that of Oscar Slater—a Jew of German origin who operated a gambling den and was convicted of bludgeoning an 82-year-old woman in Glasgow in 1908–excited Doyle’s curiosity because of inconsistencies in the prosecution’s case and a general sense that Slater was not guilty. He ended up paying most of the costs for Slater’s successful 1928 appeal.