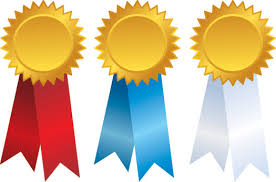 While only in it’s second year, I am making it a point to watch for this award from now on.   The Aspen Institute announced in February the shortlist for the Aspen Words Literary Prize for Fiction, and the winner will be announced later this month in New York City.

The competition emphasizes “influential work of fiction that illuminates a vital contemporary issue and demonstrates the transformative power of literature on thought and culture.”  The winner not only gains a literary award, but also a $35,000 prize.  In 2018, the inaugural award went to Mohsin Hamid for his novel Exit West.

The longlist for the 2019 Aspen Words Literary Prize included 11 novels, 13 debuts, and five short story collections.  The five remaining on the shortlist are: There There, by Tommy Orange; Friday Black, by Nana Kwame Adjei-Brenyah; An American Marriage, by Tayari Jones; Brother, by David Chariandy; and Gun Love, by Jennifer Clement.

Information about the finalists below:

Friday Black illuminates contemporary issues such as violence, race, and injustice in America. This book tackles urgent instances of racism and cultural unrest, and explores the many ways we fight for humanity in an unforgiving world.

There There, Tommy Orange

There There is a wondrous and shattering portrait of the urban Native American. Tommy Orange has written a stunning novel that grapples with a complex and painful history, with an inheritance of beauty and profound spirituality, and with a plague of addiction, abuse, and suicide.

Pearl’s mother took her away from her family just weeks after she was born, and drove off to central Florida determined to begin a new life for herself and her daughter–in the parking lot next to a trailer park. Pearl grew up in the front seat of their ’94 Mercury, while her mother lived in the back. Despite their hardships, mother and daughter both adjusted to life, making friends with the residents of the trailers and creating a deep connection to each other. All around them, Florida is populated with gun owners–those hunting alligators for sport, those who want to protect their families, and those who create a sense of danger.

Brother addresses important current and politically charged themes, specifically police brutality toward African Americans. In Brother, Michael describes the events leading up to and the aftermath of the shooting of his brother Francis by the Canadian police. Brother also grapples with the responsibility that adult children have to their parents after growing up in poverty, as well as masculinity and the perception of homosexuality in the Black community.

An American Marriage grapples with issues of race, wrongful imprisonment, and mass incarceration—the culmination of research the author began at a fellowship at Harvard in 2011. It makes these issues personal, by giving them faces and emotions.