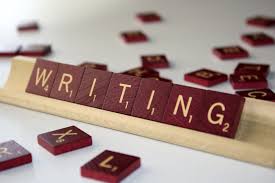 Some writers don’t necessarily want to escape from this world by writing fiction, dystopian, or sci-fi works.

In fact, some of us just want to escape from our own life for a little bit but prefer to read something realistic, something we relate to.

Contemporary writing is all about forming connections with your readers.

Here are 8 creative writing prompts for your contemporary world:

#1 – Your character has done everything they’re told. They just graduated high school and are off to a very good college to get their degree in something reliable. But when they get there, they realize there’s a whole world of opportunity they never knew existed. Now they have to maintain the façade of going to college even though they decided to pursue a different endeavor.

#2 – Your character answers the door to nothing but an intricate envelope on the ground; an invitation. After attending the secret underground event, they become a part of the biggest activist group out there…and nobody even knows who they are.

#3 – While on a hike with friends, your main character discovers a small tower buried beneath the ground. After some digging, they realize it’s filled with scrolls they can hardly make out. What they contain will change your character’s view of life forever.

#4 – Your main character has been living a very sheltered, very dangerous life. After the death of their overbearing father, they’re thrust into the real world – only to realize just how different their life really is from those around them.

#5 – Your main character gets called out of school/work by someone they don’t know for something they are clueless about. But for some reason, the person addressing them thinks they already know everything about it.

#7 – Life for your main character has never been easy. After venturing in and out of foster homes, they’re finally an adult and on their own. When their birth mother reaches out to reconnect, they never could’ve predicted what’s kept her away for so long. Now your character has to decide between getting involved with their real mother or cutting ties forever.

#8 – Death is a natural part of life. Your main character has been feared it or been affected by it. But when their best friend goes missing and their body shows up in front of their house, your character makes it their mission to find out who’s responsible – even if it means breaking the law…a lot of laws.

More tips to think about:

I hope this is helpful to you contemporary writers!  If you have more tips, please comment below.